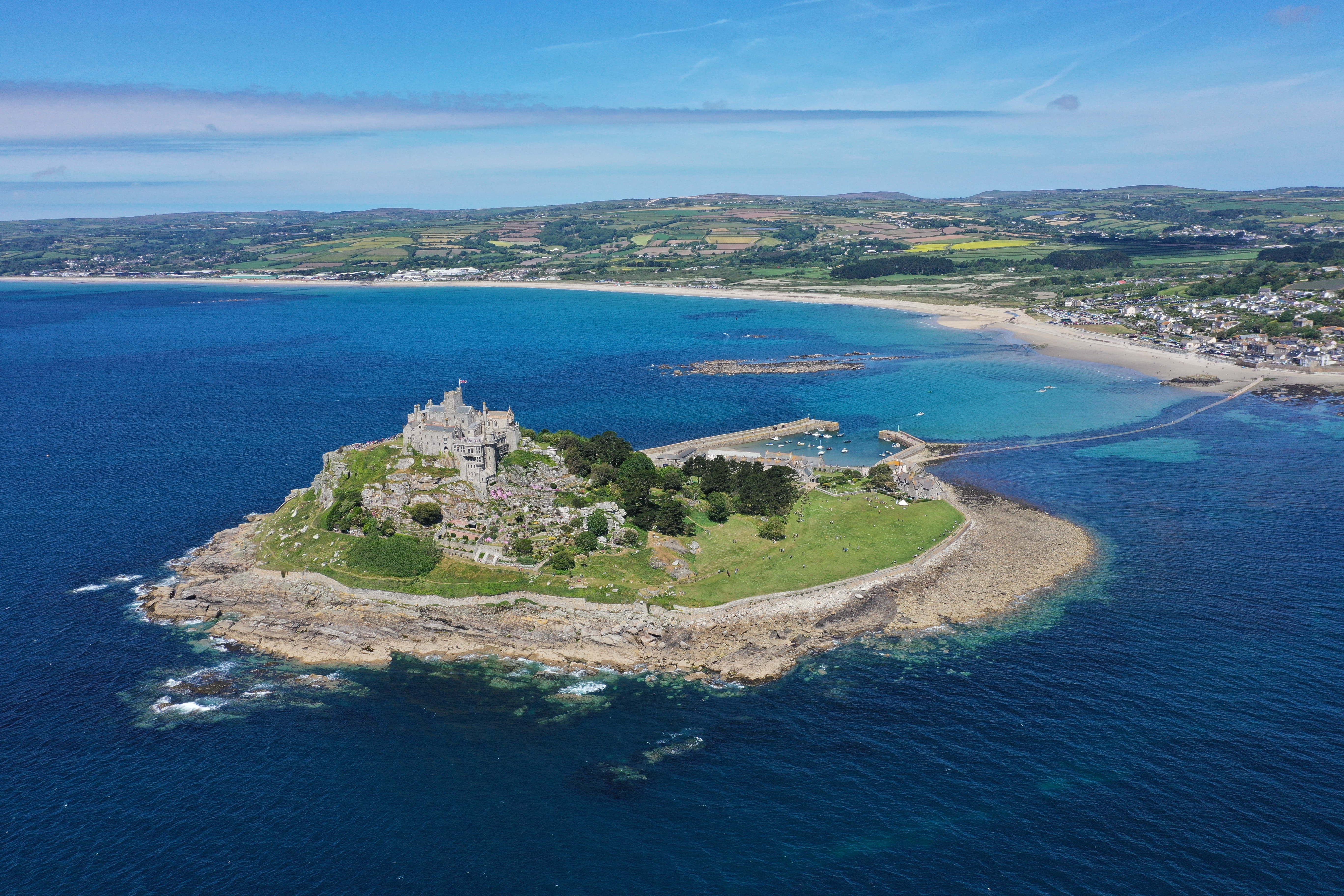 Cornwall is a fantastic choice for a surf vacation. There are challenging, world-class breaks at Porthleven and Fistral Beach, and a chilled-out surf scene and great nightlife in Newquay. The real beauty, though, is in exploring the far-flung corners of the region, where you’ll find gorgeous, quiet bays – and empty waves. Out of the water, the countryside is wild and beautiful, the beaches are clean, and the food is mind-blowing. So, if you’ve ever thought about taking a Cornish surf break, read on to find out where to stay, where to surf, and where to eat in Cornwall.

West–facing Fistral Bay receives consistent, strong Atlantic swell – one of the reasons why Fistral Beach has the most developed ‘surf scene’ in the UK. Experienced surfers head to Fistral North, Little Fistral and the Cribbar, Cornwall’s notorious big wave (which only breaks a few times a year). The middle of the bay has plenty of waves for intermediate surfers, and at the Southern end,  Fistral South is another powerful break, Fistral has some of the best facilities for surfers in the UK, including the International Surfing Centre, a complex with a bar, restaurants and surf shops.

Sea Spray is a beachfront café serving healthy breakfast and lunch options; think salad bowls, halloumi, and avocado toast. Box and Barber Coffee House in Newquay serves artisan coffee and a range of healthy dishes. Stable is a pizza and cider joint (with 50 ciders) on the beach.

Where to Stay near Fistral Bay, North Cornwall

In  Newquay, Ocean Surf Lodge is a basic surf lodge with its own bar, perfect for meeting other surfers. Perched on the Pentire Headland, Lewinnick Lodge is a boutique hotel with incredible views out to sea.

Harlyn is a crescent-shaped bay on the North Coast about halfway between Padstow and Constantine Bay. The not-very-consistent beach break can produce excellent 6ft left and right-handers during the colder months of the year. With good beginner waves too, Harlyn Bay is also sometimes used by local surf schools. There’s a wide, sandy beach backed by dunes with a car park, public toilets and lifeguard cover between April and October.

In the nearby village of St Merryn, the View is a tiny restaurant with a heated terrace and a menu of simple British dishes. In Padstow, Prawn on the Lawn serves local seafood and is one of the UK’s top 100 restaurants.

Where to Stay in Harlyn Bay, North Cornwall

Within walking distance of the beach, the Ivy House is a popular bed and breakfast with a  restaurant. Also close to the beach, Trewithen campsite is a friendly local campsite with basic facilities.

Across the headland from Harlyn Bay, Constantine Bay is a gem on the North Cornwall coast, with several different breaks to suit different abilities. The southern end of the bay has a reef break, there’s a beach break in the middle and a point break at the northern end. The gorgeous – and huge – sandy beach has good facilities including a small coffee shop, car park, public toilets and lifeguard cover in high season. The Constantine Bay Surf Shop is a few minutes’ walk from the beach.

A good choice for those on a budget, the YHA hostel Treyarnon Bay has a restaurant serving good value meals – including breakfast. In the village of St Merryn, the Cornish Arms is a pub owned by famous Cornish chef Rick Stein, serving classic British pub food with a few good vegetarian options.

Where to Stay in Constantine Bay, North Cornwall

Around ten minutes’ drive from the beach, the Lobster Pot is a romantic, coastal-themed cabin. Down the coast at Treyarnon, the YHA hostel Treyarnon Bay has dorm rooms for those on a budget, as well as ensuite rooms, and glamping.

West Cornwall’s wildest spot for surfing, on a weekday in winter Sennen can feel like the end of the earth. Luckily, you’ll find a handful of friendly locals at Sennen Surfing Center, which has been providing surf lessons here for 15 years. The North end of the cove towards Gwynver gets some big waves, while the middle of the bay is great for learners. There’s board hire, a surf shop, cafe and large car park. Sennen village has a handful of pubs and cafes, and there are some beautiful, windswept walks in the vicinity too.

In Sennen Cove, the First and Last Inn is a 17th-century pub with a modern menu of pub classics, pizza and seafood.  In the nearby village of St Just, the Dog and Rabbit café serves organic food and homemade cakes with a good selection of vegan and vegetarian options.

Where to Stay in Sennen Cove, West Cornwall

Vellandreath Cornish Cottages is a handful of holiday cottages in an amazing location near the beach, for anything from 2 to 10 people.  Sennen Rise is an upscale bed and breakfast in an old farmhouse, a ten-minute walk from the beach,

Where to Surf: Porthleven, South Cornwall

At its best, Porthleven is a long and fast barrelling wave that gets even the best Cornish surfers excited. Right in front of the harbour and breaking close to rocks, it has also been the scene of many a terrifying wipe-out.  If it is too big, scary, or busy, then have a wander around Porthleven, a seemingly quaint fishing village, which in fact has some of Cornwall’s most fashionable restaurants, cafes and foodie shops.

Kota, also on the harbourfront, is one of South Cornwall’s top restaurants and serves locally sourced British-Asian dishes.

Where to Stay in Porthleven, South Cornwall

The Harbour Inn is a boutique bed and breakfast on the harbourside. Cornish Hideaways has self-catering holiday cottages sleeping 3 and 4 people close to Porthleven beach.

As you head down the coast towards the Lizard, the waves get quieter and the scenery more and more stunning. Praa Sands has a fast, powerful beach break for experienced surfers and usually has some good waves for learners as well. It is a magical spot with a gorgeous white sand beach made of ground-up seashells. Facilities include a café, car park, and lifeguard cover from May until the end of September. Local surf school Globalboarders operates in the area and rents out boards and wetsuits.

The Sandbar is a café on the beach serving pizzas, ciabattas and some veggie options like black bean burgers. A ten-minute drive from the beach is the Victoria Inn is an awarding-winning 12th-century pub serving British and local seafood dishes.

Where to Stay in Praa Sands, South Cornwall

It is a twenty-minute walk from the beach to a small campsite with two cosy Shepherds huts that look out towards Praa Sands.  About twenty-five-minutes by foot is the Coach and Horses, a pub with boutique-hotel style rooms, where there is also a campsite.

Disclosure: This post contains affiliate links. This means that we may make a commission on each booking at no extra cost to you.