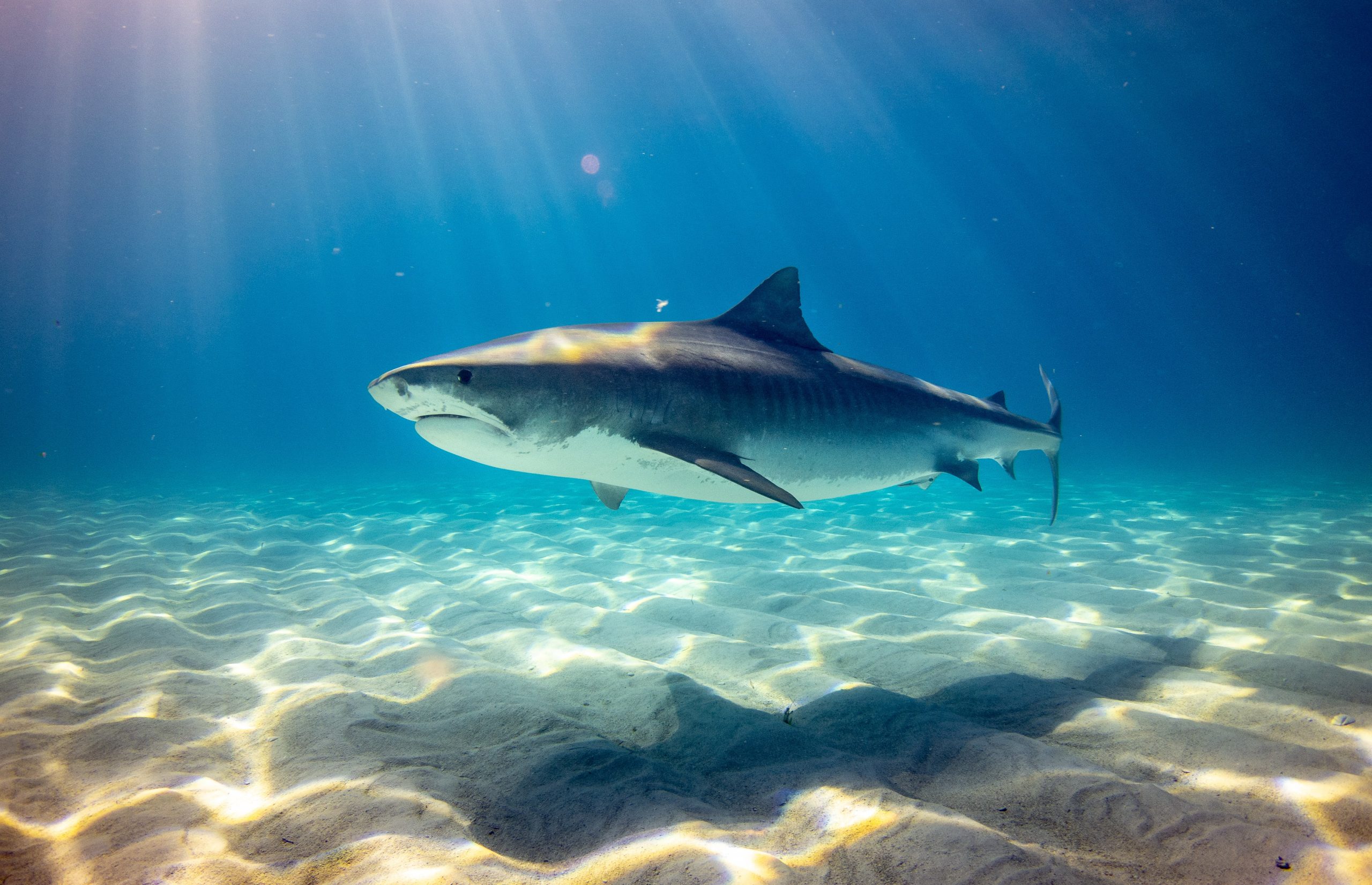 Dreaming of refreshing cerveza, delicious enchiladas, and lively music? That’s what Mexico is known for–on land, that is.

Mexico’s interesting coastline that spans two oceans makes it one of the best dive sites in the world. In this guide to scuba diving in Mexico, we’ll reveal the best dive sites, liveboard trips, what you can expect to see, and more. Ready? ¡Ándale!

Why go to Mexico?

While we enjoy indulging in Mexican food and culture, the true attraction for us divers is hidden beneath its waters. From small marine critters like nudibranchs and seahorses to large marine animals like whale sharks, great whites, manta rays and sea lions–there are plenty of animals to dive alongside in Mexico.

Mexico has two major coastlines: the Pacific Ocean on the west and the Gulf of Mexico on the east. Inland, you’ll find cenotes with weaving caves, winding rivers, and the Sea of Cortez to explore.

To top all this, diving in Mexico is complemented with its warm climate. Visibility on the coast dive sites usually exceeds 20 meters (66 feet) and it gets crystal clear for inland dive sites as freshwater visibility stays at 30 meters (100 feet). Just be aware of the 26-28OC (79-82OF) water temperature range and wear the appropriate wetsuit.

With a coastline length measuring 7,338 kilometers (4,560 miles), the Pacific coastline of Mexico is an endless paradise for scuba divers where underwater adventures can range from relaxing to action-packed.

Located on the tip of the Baja Peninsula, Cabo San Lucas is a resort city that is known for its stunning beaches, outdoor restaurants and majestic archways that line up the narrow sea cliffs. Dive sites are clustered into two major groups: Bay of San Lucas and The Corridor.

Protected from waves and strong currents, diving conditions in the Bay of San Lucas are ideal for newbies and beginners. Five minutes from the marina is the nearest site, the North Wall. With depth ranging from 5 – 21 meters (15 – 70 feet), the north wall is a rocky slope that is loaded up with moray eels, porcupine fish, pufferfish, scorpionfish and flute fish. Try looking at some cracks and crevices and be amazed to see a healthy lobster population. You might get lucky and tens of devil rays here, too.

Pelican Rock sits right next to North Wall. This is a sandy reef that gently slopes down from 3 meters (10 feet) up to 21 meters (70 feet) before it reaches a vertical wall that drops all the way to 152 meters (500 feet) deep. While there are 6 unique dive sites in the Bay of San Lucas, “sandfalls” is a common factor between them and this is highlighted in a site called Land’s End. Aside from the cascading sand at various depths, this site is loaded up with a thick population of barracudas, batfish, tunas and California sea lions near the cove. At 12 meters (40 feet) deep, you can visit the Nurnberg Wreck, a once buried shipwreck that was only exposed in 2014 due to the onslaught of Hurricane Odile.

The second cluster of dive sites in Cabo San Lucas is located in the 18-mile coast known as the Corridor. While sandfalls is a common feature in the Bay of San Lucas, the Corridor dive sites are unique from each other. Aside from a good combination of corals and fish that is being dominated by a healthy population of eagle rays, Whale’s Head is known for its hypnotizing sound as the singing of humpback whales in open water is often heard when diving underwater. Made of massive boulders, the Blow Hole is a shallow vertical wall teeming with groupers, sea turtles and the occasional passing of giant manta rays.

La Paz is where you go if you’re dreaming to swim with whale sharks. While whalesharks are heavily advertised as the main diving attraction of La Paz, you have to take note of 2 things: (1) that whale sharks are seasonal and they are often seen from September to December, and (2) La Paz has over 850 marine species scattered in a dozen dive sites, all of which are worth exploring.

If you’re thinking of an easy dive that’s packed with marine mammals, visit Los Islotes. This shallow reef is part of a seal and sea lion rookery where cruising along sea lions is almost always guaranteed. These sea lions are not ones to shy away from a crowd, and will happily put on acrobatic dances.

For wreck divers, do not miss to explore the Salvatierra, a 100 meter (300 feet) long cargo vessel that is covered with black corals. For advanced and drift divers, El Bajo is the place for you. Exploring this offshore site allows you to ride along moderate to strong current and pass by a series of seamounts where its residents include sea turtles, mobula rays and hammerhead sharks.

Mexico has offshore islands that are relatively isolated from human civilization. And in this isolation, marine life flourishes with the domination of the big boys of the deep–sharks.

These dive sites of Mexico are best seen through a liveaboard trip, where you’ll sleep on a luxury liveaboard vessel and dive all day long.

Situated 468 kilometers (291 miles) south offshore of Cabo San Lucas is the small volcanic island of Socorro. After a 24 hour cruise, you will arrive at the 4 island chain of Socorro which is considered the “Little Galapagos” of Mexico. The reason for this comparison is its large pelagic signature experience.

The Boiler is one of the popular sites in Socorro and this small pinnacle is picturesque at all sides as manta rays come close to the sloping reef for a quick clean by clarion angelfish. For sharks, the best spot to see them in huge quantities is The Canyon where hammerhead sharks and silky sharks patrol the reef  in school. Roca Partida is the climax of your Socorro adventure where this guano-covered pinnacle is where most of the large pelagics converge. Once you enter the water, the action immediately starts as hammerheads, silkies, oceanic white tips, mantas and whale sharks show off. And what’s best with Roca Partida is that it’s not uncommon for a dive to end with a dolphin pod interaction.

The usual fad for interacting with great whites in Guadalupe island is you go inside a submersible steel cage that is hydraulically lowered at the stern of your liveaboard vessel. Snorkeling and diving outside the cage is strictly prohibited. But in case you want to swim along with the great whites, you can opt for the self-propelled ocean cage with a cruising speed of 5 knots. Regardless of what cage you choose, what’s good with the great white shark interaction in Guadalupe island is the visibility that reaches over 30 meters (100 feet).

Spanning 2,805 kilometers (1,743 miles) on the eastern part of the country, the Gulf coast of Mexico is equally loaded with amazing dive sites. This is not to mention the white sandy beaches and resort facilities dotting along the shore.

Located at the southeastern tip of Mexico is the tourist city of Playa del Carmen. Aside from gulf, football and an array of outdoor sports, diving is a big hit in Playa del Carmen. While there are over 20 dive sites in Playa del Carmen, 2 sites stand out from the rest: Pared Verde and Los Arcos. Translated as “Green Wall”, Pared Verde is a series of vertical walls that is bordered by a slope in between. There is a famous track in Pared Verde where your dive ends by entering a large crack and exit out at the shallow reef plateau. Los Arcos has a similar topography with Pared Verde, except for 2 things: it has limestone arches that serves as a natural fish shelter and bull sharks. Yes, the mighty and majestic bull sharks which often come near to your dive group, but can only be seen from November to March as they are seasonal.

The Cenotes of Yucatan Peninsula

If you are a cave/tec diver and happen to be in or around Playa del Carmen, then you can’t miss exploring the Cenotes of Yucatan Peninsula. Previously used as a water supply during the ancient Maya civilization, the natural pit or freshwater sinkhole of a cenote is now a divers paradise.

And mind you, there are over 6,000 cenotes in the Yucatan Peninsula alone! Situated 50 kilometers (31 miles) south of Playa del Carmen is the most famous Cenote Dos Ojos. Recognized as the 3rd largest cave system in the world, this eye-shaped cave system is 8 kilometers (5 miles) long and leads to 28 different cenotes. Visibility is crystal clear and the landscape is stunning as this cave system is dotted with stalagmites and stalactites.

Find a Dive Resort on the Yucatan Peninsula

Fronting Playa del Carmen at 19 kilometers (12 miles) eastward is the island municipality of Cozumel where its coast is surrounded by a diverse reef system composed of over 1,000 species of corals and fish. Its 45 dive sites are located within the Mesoamerican Reef which is one of the largest barrier reef systems in the world, and all of which are known for speed drift dives.

Palancar Garden is suited for newbies where you can ride along mild current while cruising over large stovepipe sponges, finger corals and black corals. For a combination of wall and drift dive, head out to Colombia Deep and ride along moderate current while passing by a shoal of barracuda and eagle rays.

For the ultimate drift diving experience, nothing beats Santa Rosa Wall. Upon arrival at the vertical drop off that starts at 15 meters (50 feet), the crazy strong current will suddenly push you through over massive beds of corals and sponges. In most instances, sea turtles and spotted eagle rays will join you in the drift.

Find a Dive Resort in Cozumel