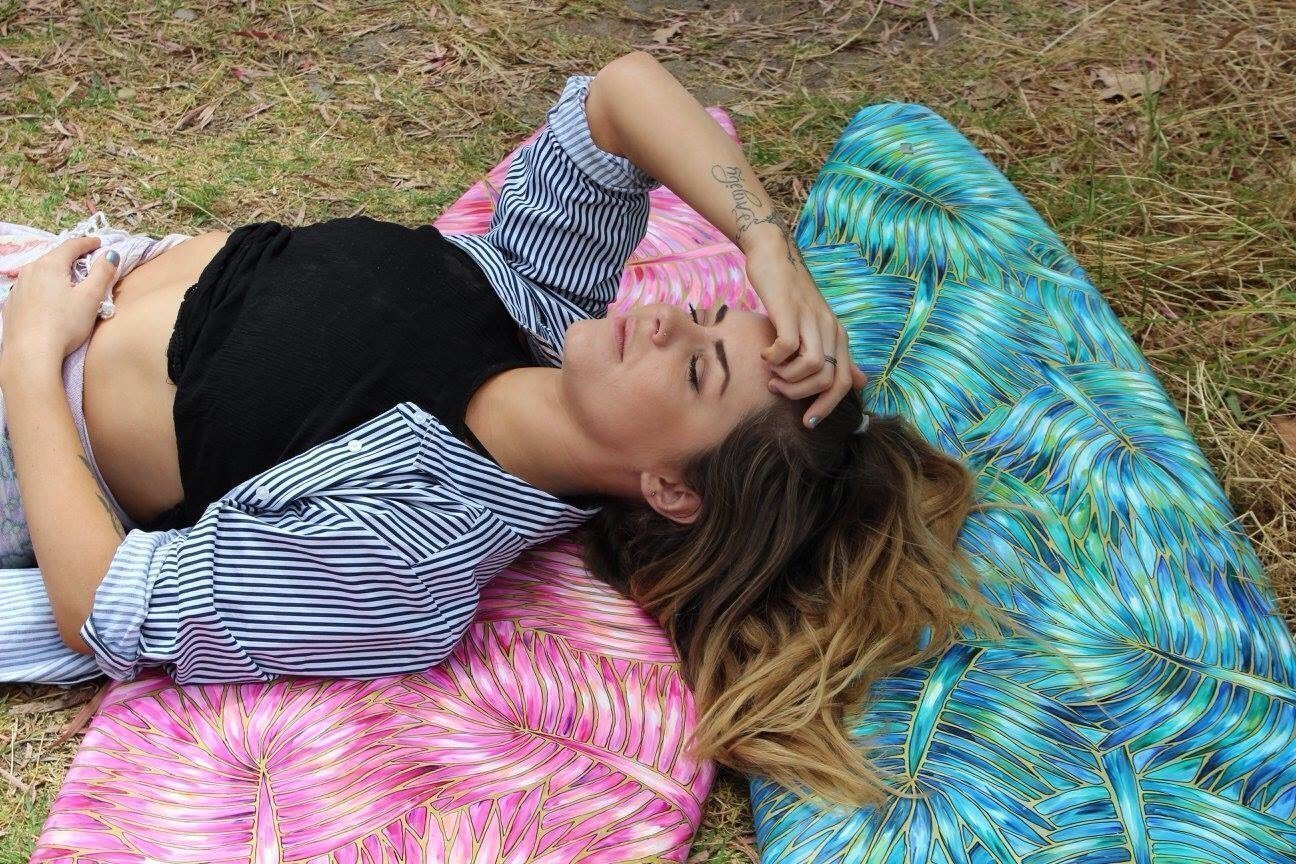 Holly Ogden has spent the past few years traveling as an artist, spreading her love of the ocean and life in general through her colorful paintings of beach scenes, leaves, and quirky coconuts. We’ve caught up with Holly for  a quick Q&A where she shares a glimpse of her life as a traveling creative and PADI Divemaster. 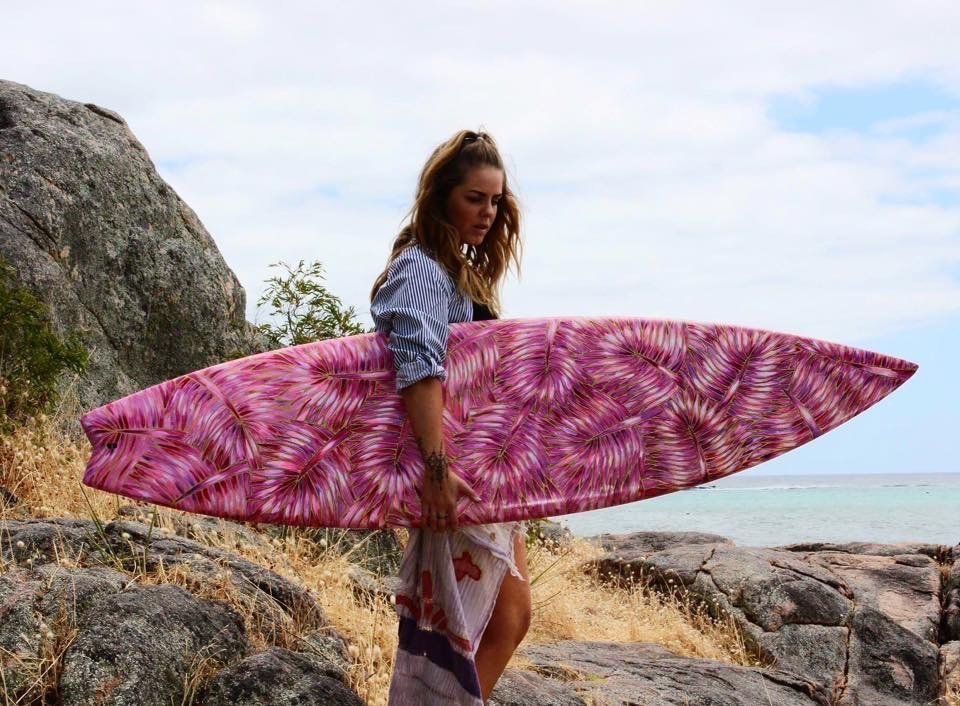 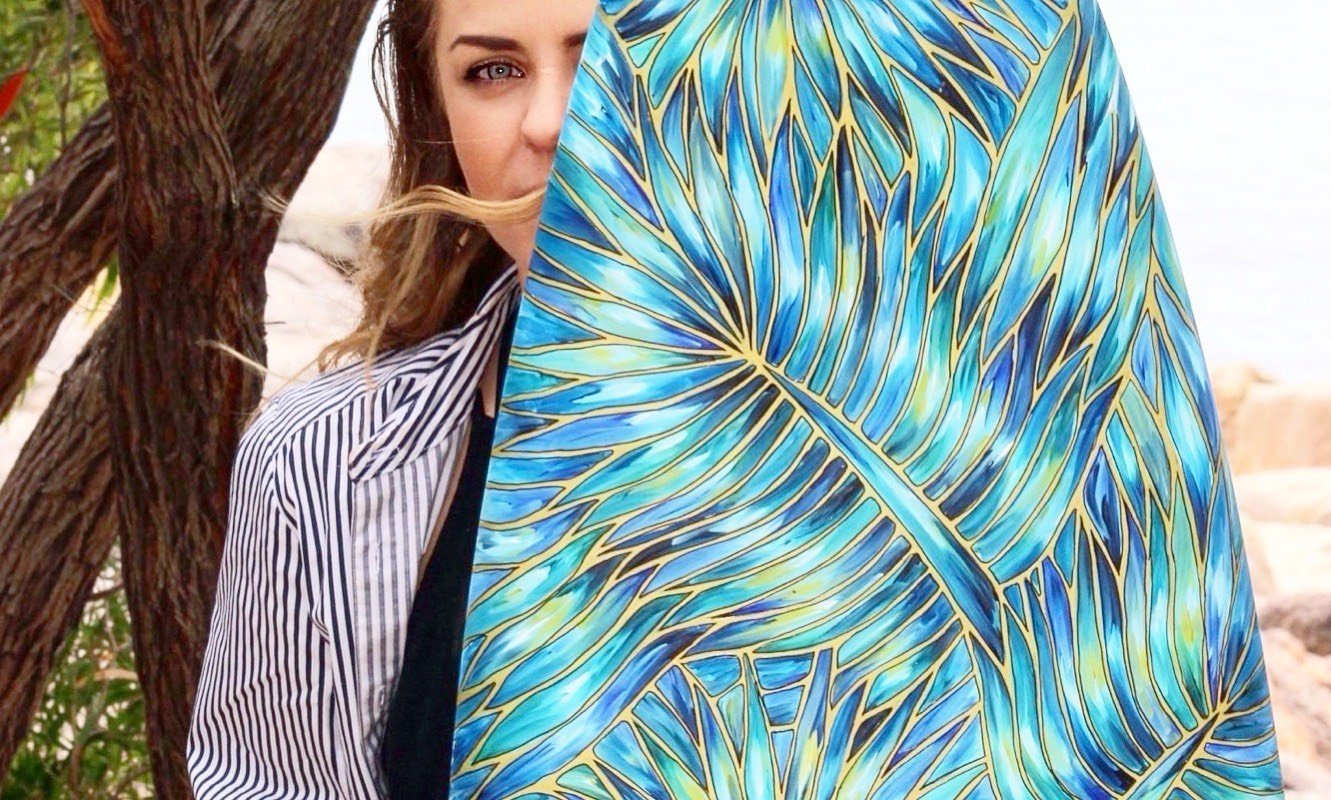 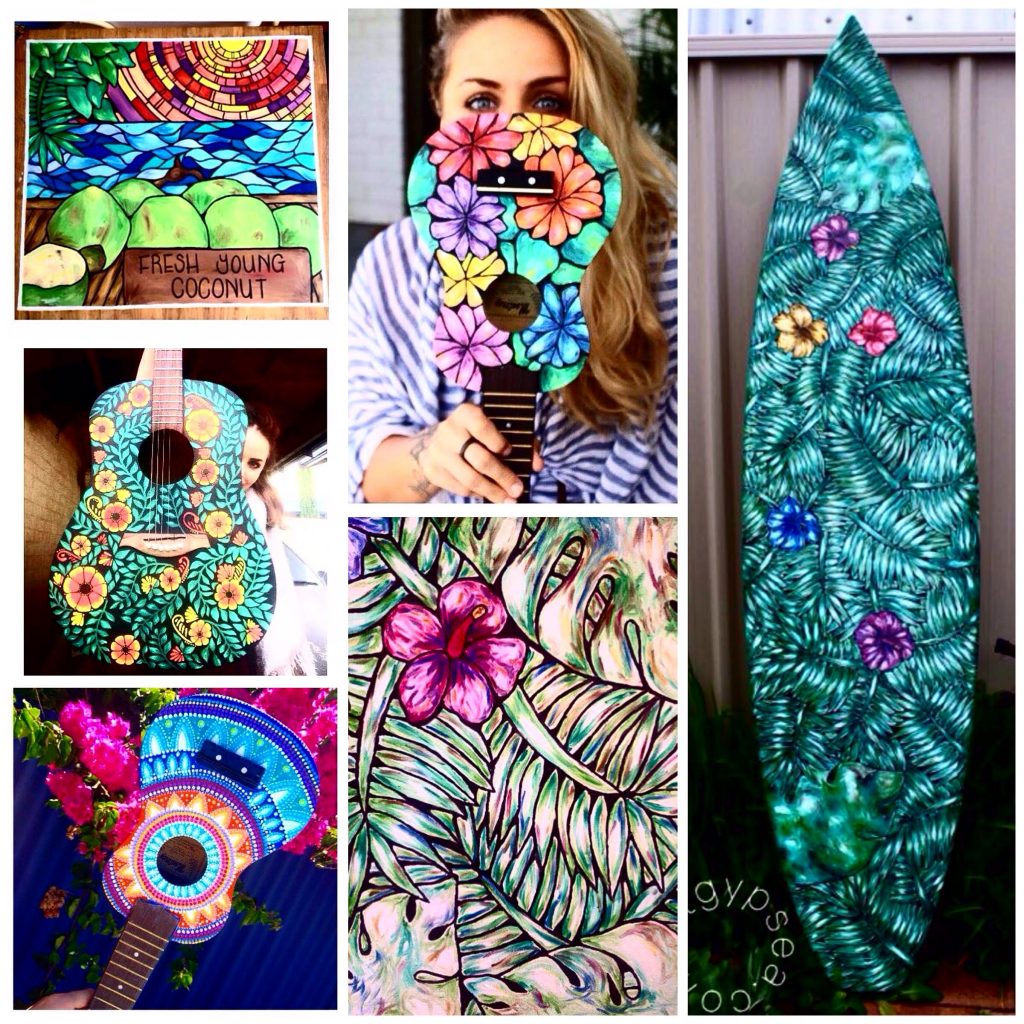 Do you mind giving us a bit of background on who you are, and what inspires you to create?

I grew up on the northern beaches of Perth, always by the ocean. I made a drastic change in my life realising that the 9-5 regular life just wasn’t for me at all. I’ve spent the last four years living on tropical islands in Indonesia and Thailand. I’ve been diving for over four years, and completed my Divemaster in 2013. I created Artgypsea to spread a message of love, peace, and vibrancy. That feeling I get when I dive, surf, snorkel, float is like no other, I don’t believe anything can feel that good. The love, passion, and pure content when you’re 30m down is so overwhelming. (I wish you could bottle that feeling up and spread it around.) Not only are you at one with yourself, but you’re completely at one with nature. You’re not just observing that wildlife but you’re one of them too —  it’s so primitive and electric. 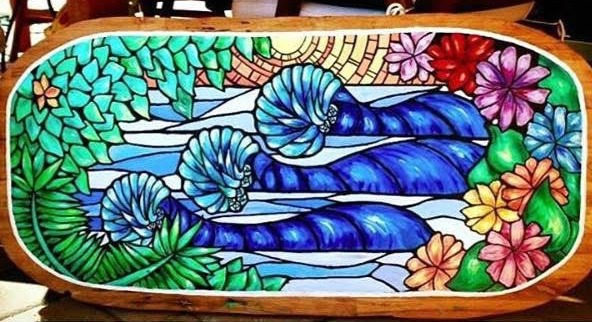 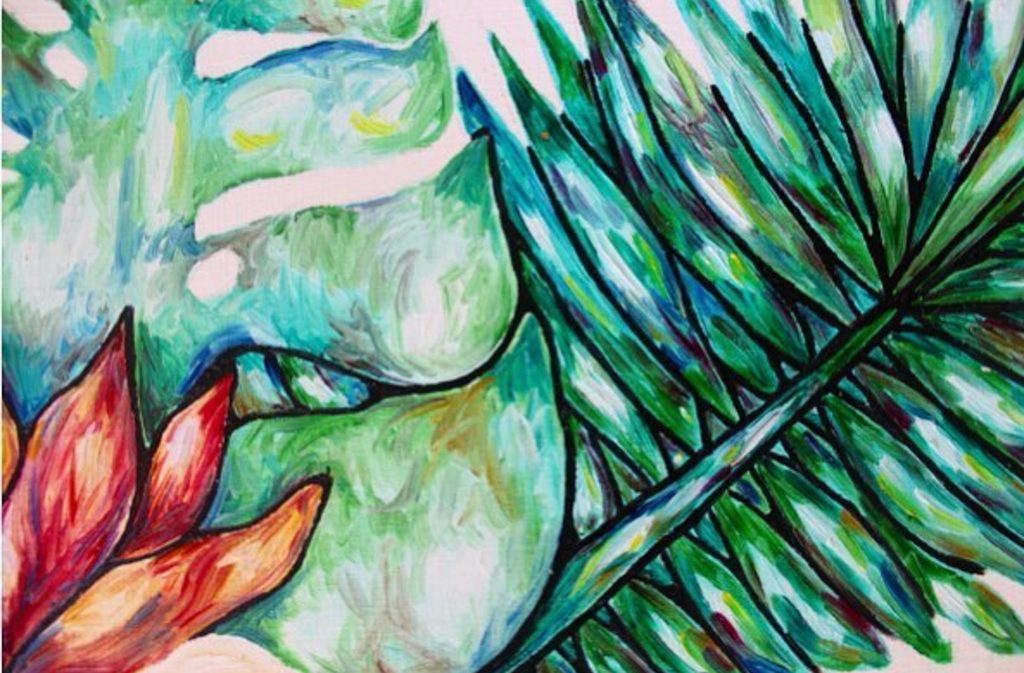 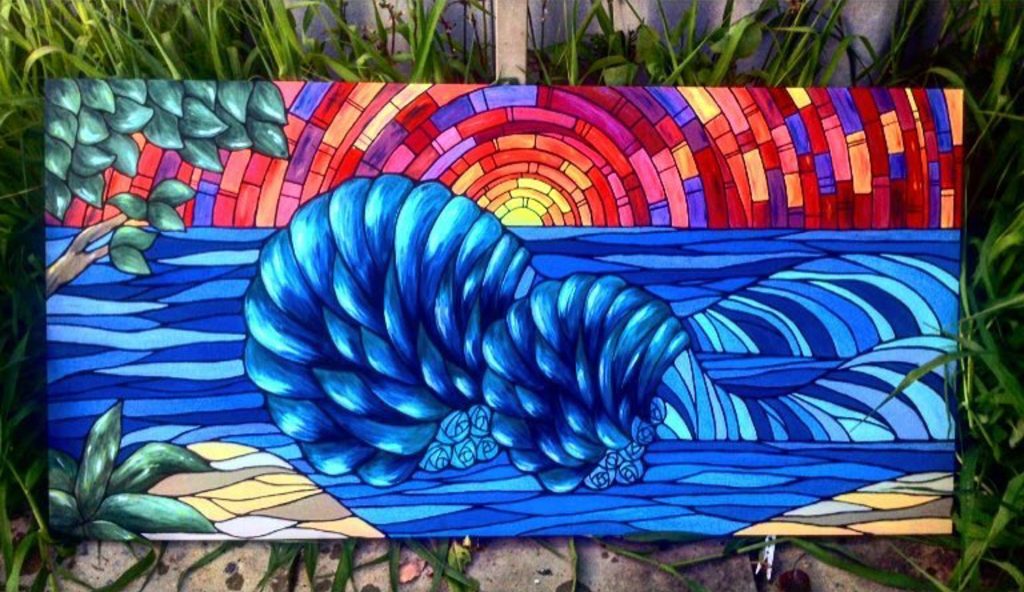 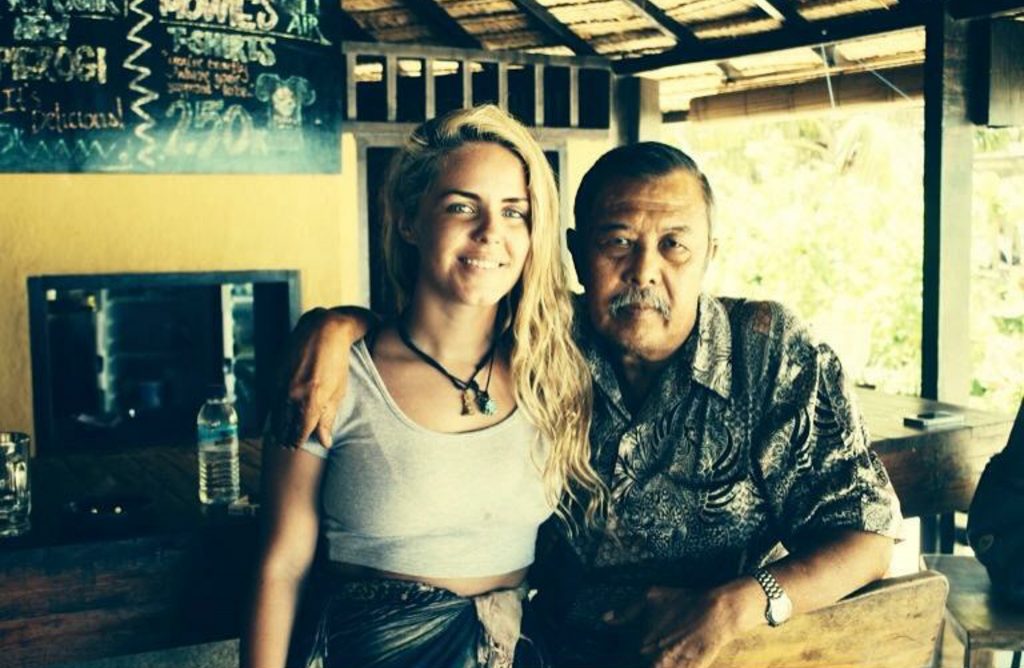 I’m at my happiest when I’m diving or laying on the beach — that’s the message I want to convey with Artgypsea. I want people to look at my paintings, and feel that exact feeling — nostalgic in a way. Our oceans are in so much danger, were destroying them, plastic, over fishing, shark finning, SeaWorld, the list goes on. BUT we’re so quick to focus on the negatives. Hate breeds hate, right? I mean it’s important to know facts, but isn’t it important to instill that LOVE — that feeling I want to bottle up — and put it into others? That’s where positivity is so important. If you love something, you want to protect it. Spread love for the ocean, and people will fight for it. The ocean is 70% of our planet, without it, we are no longer. 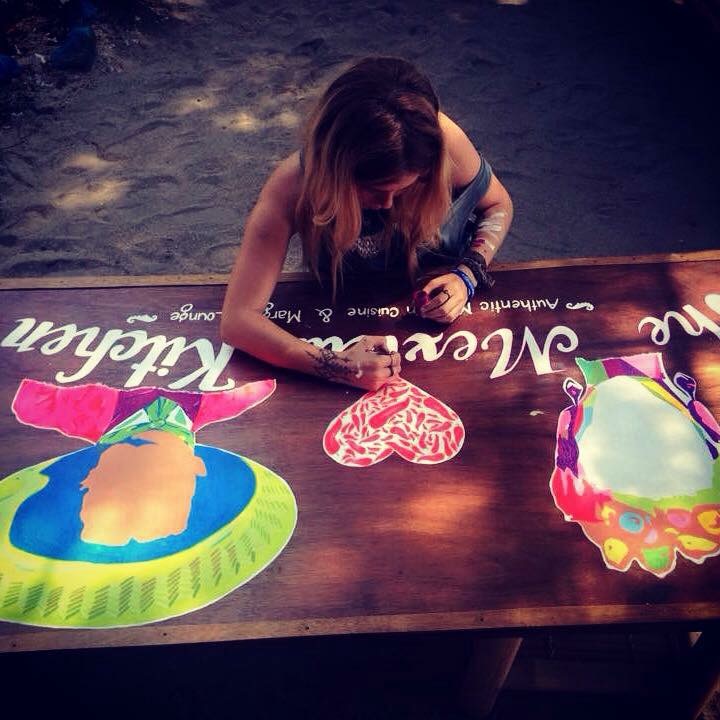 What was it like living on Gili Air, a small island near Lombok? Can you tell us what a typical day was like?

Living on a small island was everything you’d imagine, but also, unimaginable too. I spent eight months there my first trip and thirteen months diving around the Gili Islands and Lombok. A typical day would be waking up at 7 a.m. (some days 5 a.m., and walking around the whole island — only forty minutes — and welcoming in that sunrise) and filled with diving with turtles, sharks, mantis shrimp, cuttlefish, octopus, and more fish than you can shake a stick at. There are no cars or motorised vehicles on the island, so being the clumsy bicycle rider I am, (I have broken my toe three times to prove it) I walked everywhere. The day was pretty much filled with assisting instructors, assisting students, and soaking up the sun and salt — surrounded by ocean, palm trees, fresh young coconuts, nasi campur, and incredible weather. 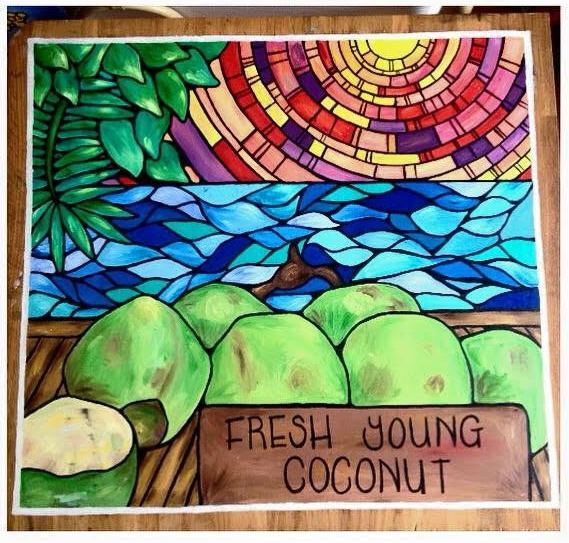 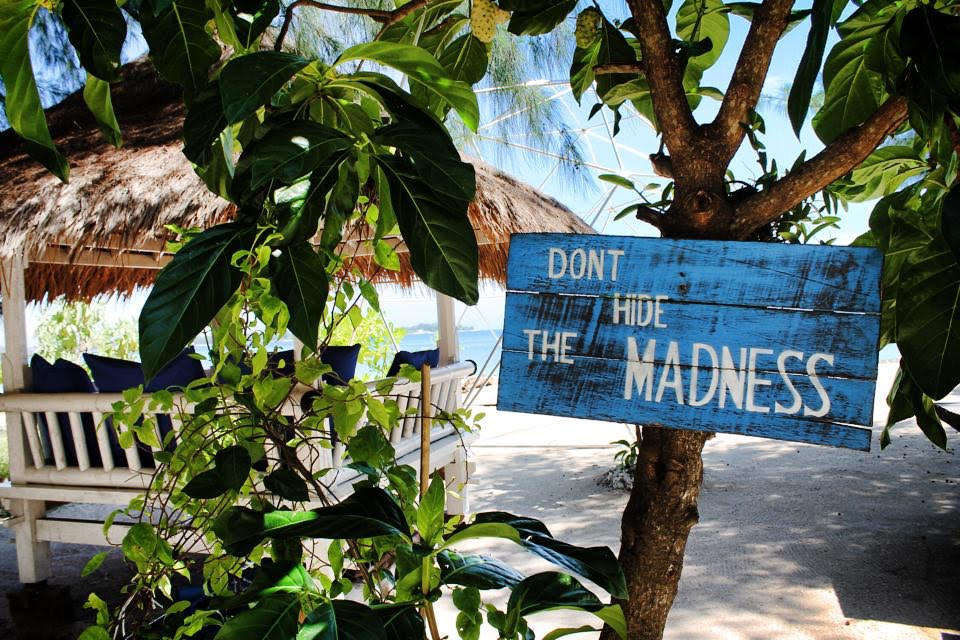 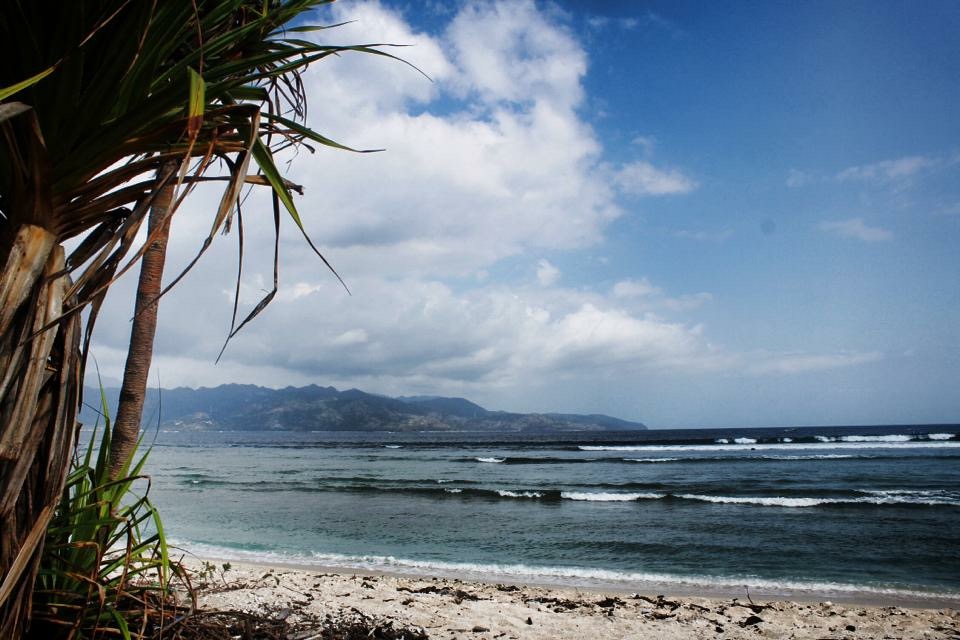 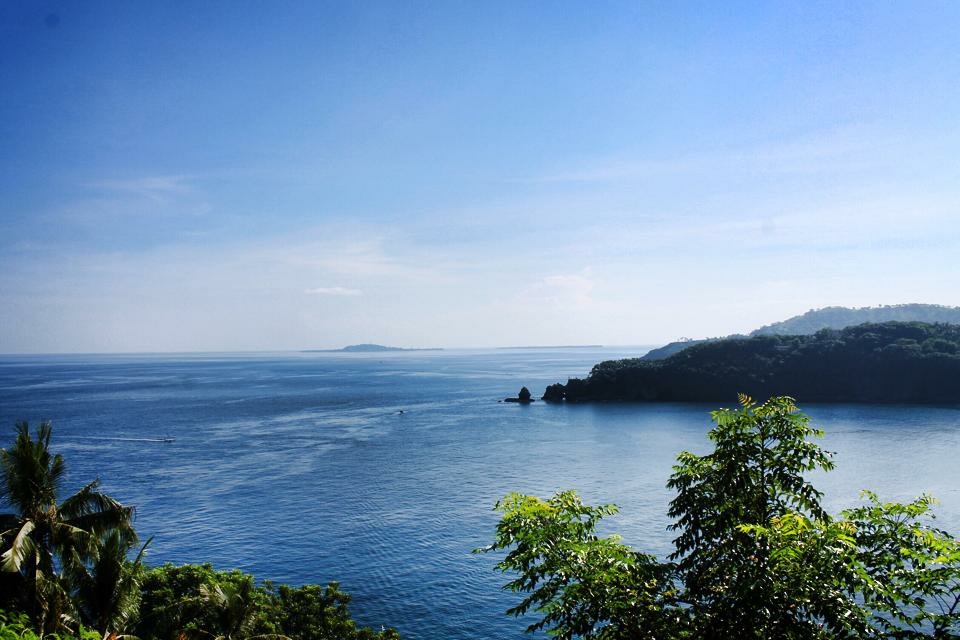 Where did you get your PADI Divemaster? How did that experience influence you as an artist?

I certified as a PADI Divemaster at Oceans 5, on Gili Air, one of the most incredible dive centres in the world. Becoming a Divemaster is the best thing I have ever done. I’d say my diving is the reason I began my painting, to reflect the life I had lead through my diving and beach life. My art is my experiences exploded out from me in a colour version. 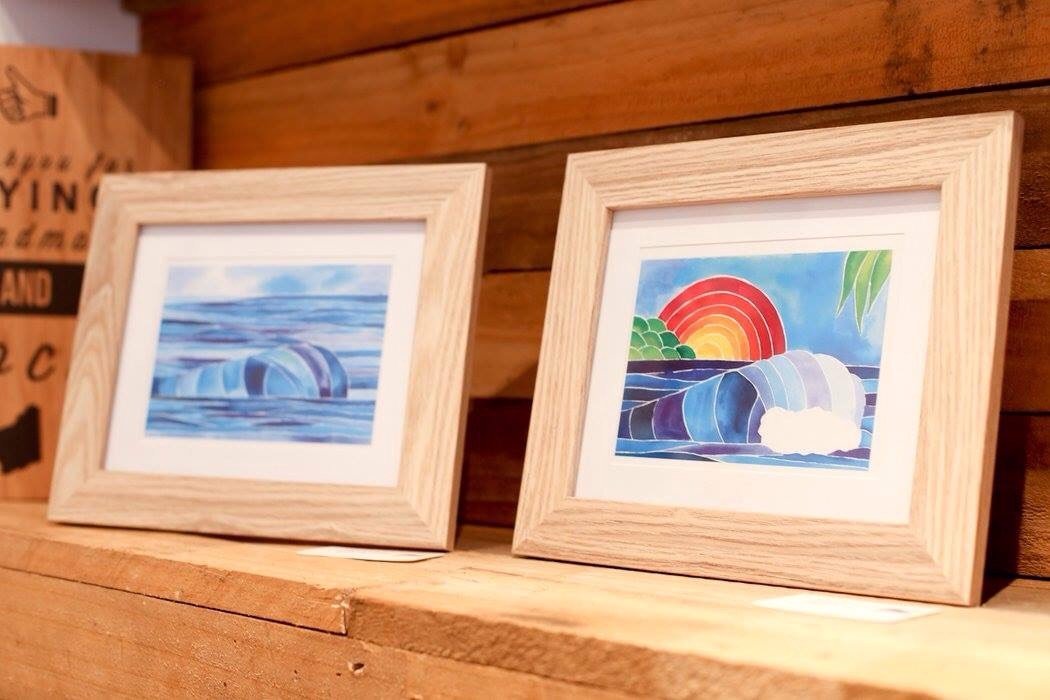 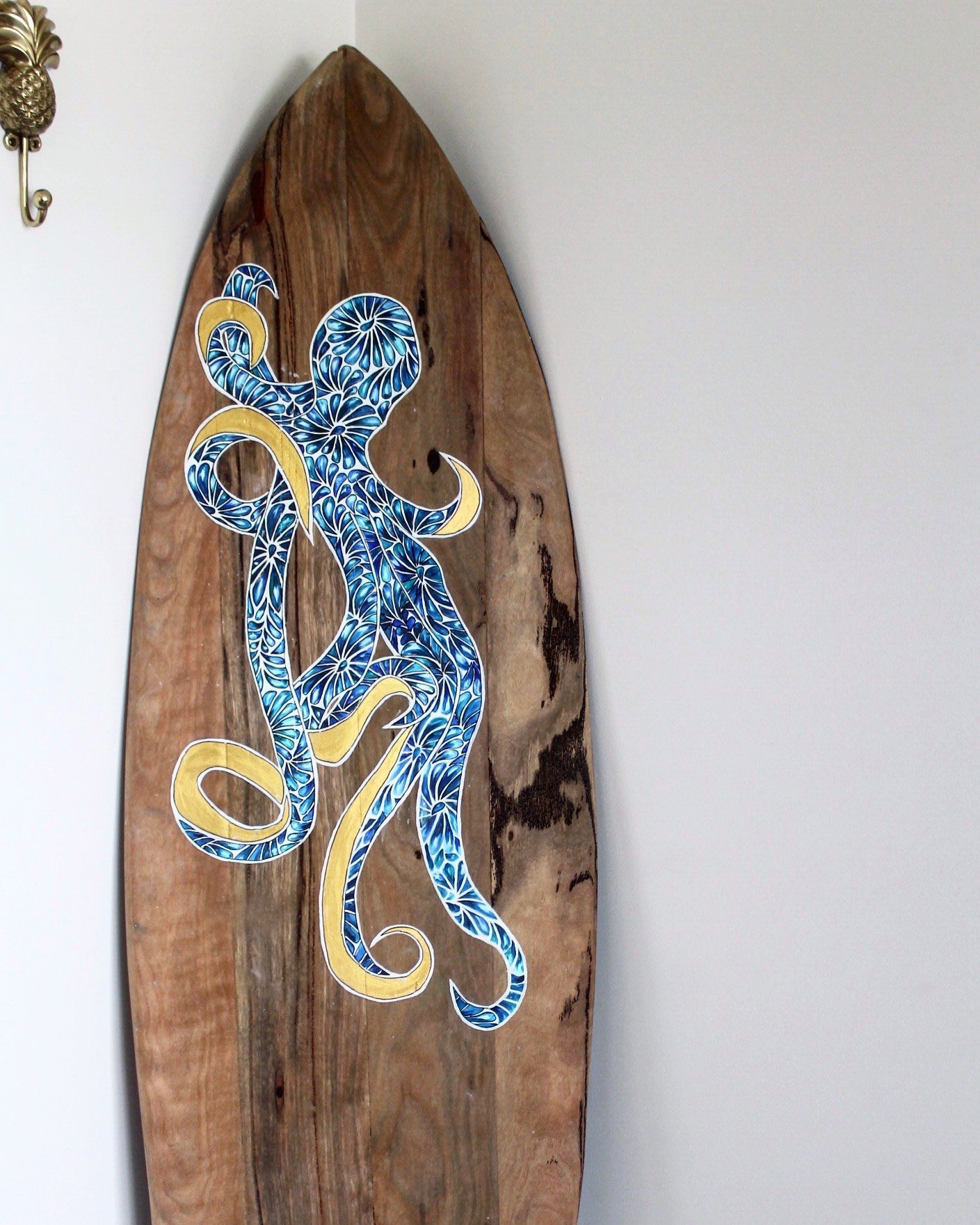 Is there one particular dive that you’d love to relive again?

My favourite dive was really a bit vanilla as diving goes but I guess I’m going off how it made me feel and how happy I was in that moment. It would have to be with my dive mentor, Phil Penn. We saw twelve turtles (two babies), a blue ringed octopus, seven sharks (including three babies and one big pregnant mumma). I rarely got to dive with Phil alone, so when we did, it was pretty special. 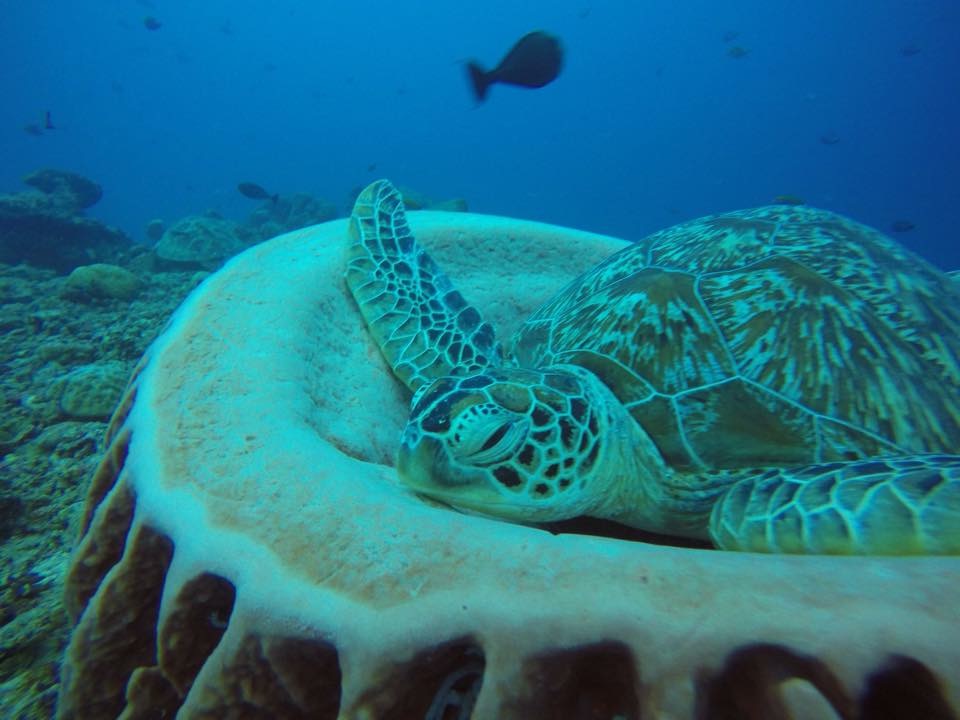 We love your ukuleles. How long does it take you to paint one?

It really depends on the design of the ukulele. My first one took me ten hours, but I’m getting quicker as they pile up! Everyone loves my ukuleles — it’s pretty awesome that people’s faces can light up at something I created. The gift of art and music — in one piece — is pretty special.

What are some of your favorite pieces that you’ve created?

I think my favourite pieces would have to be the Mexican guitar that I did for a client who was giving it as a surprise gift to her boyfriend for his birthday. She gave me a few months head start which I was thankful for, as it was quite challenging but I’m so so proud of it. My favourite musician, Nahko, actually commented on the piece and how beautiful it was so that made my bloody day! 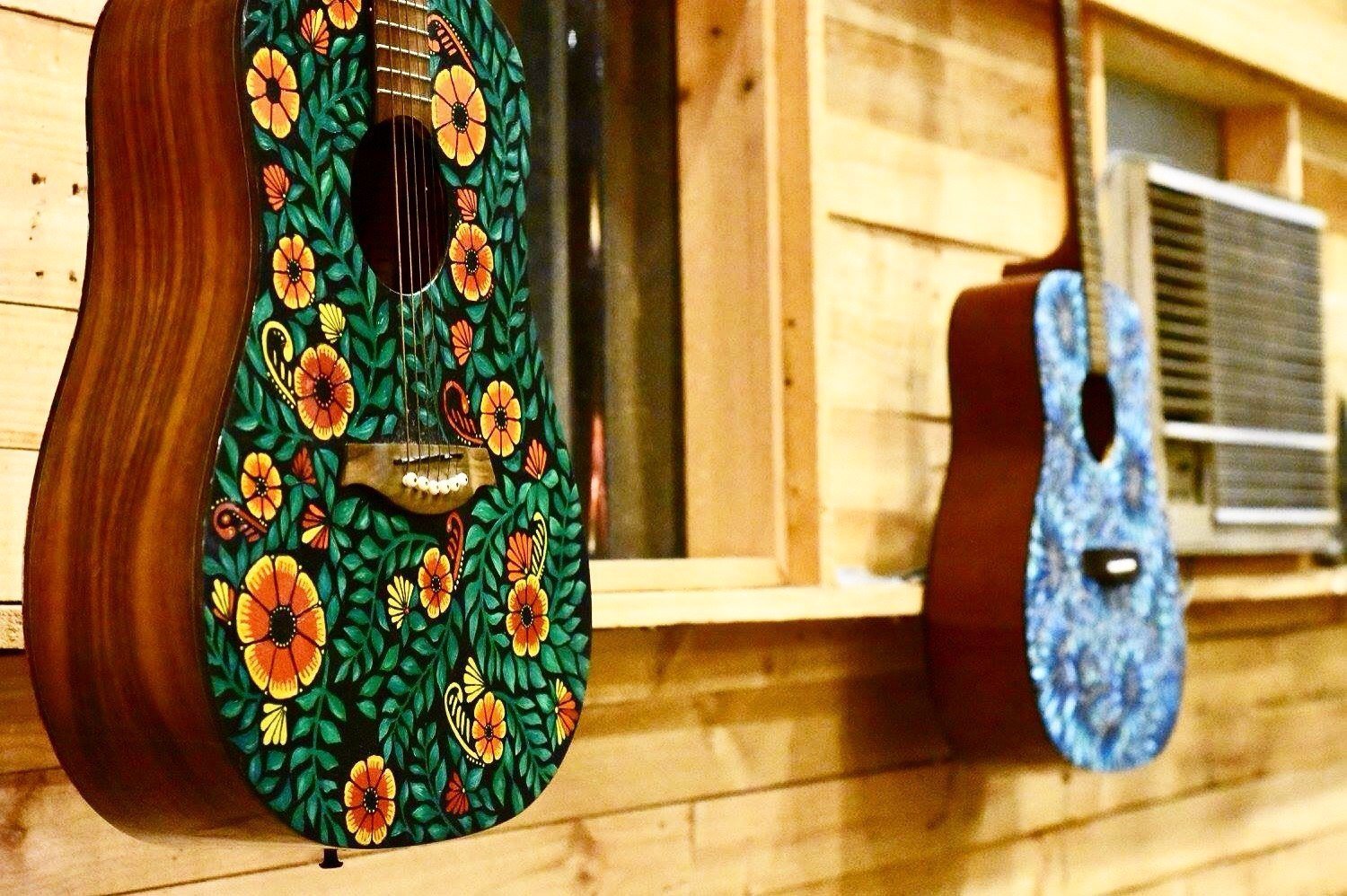 My other favorite is my island surfboard I did, I’m getting more into painting surfboards lately. They’re so effective. All the materials I paint on are up cycled and reused and a lot of thought goes into that. I think what you paint on is just as important as what you paint. I paint guitars, ukuleles, recycled wood, wood palettes, surfboards, wall murals and anything that catches the eye to spread that ocean message of positivity and the salt life. 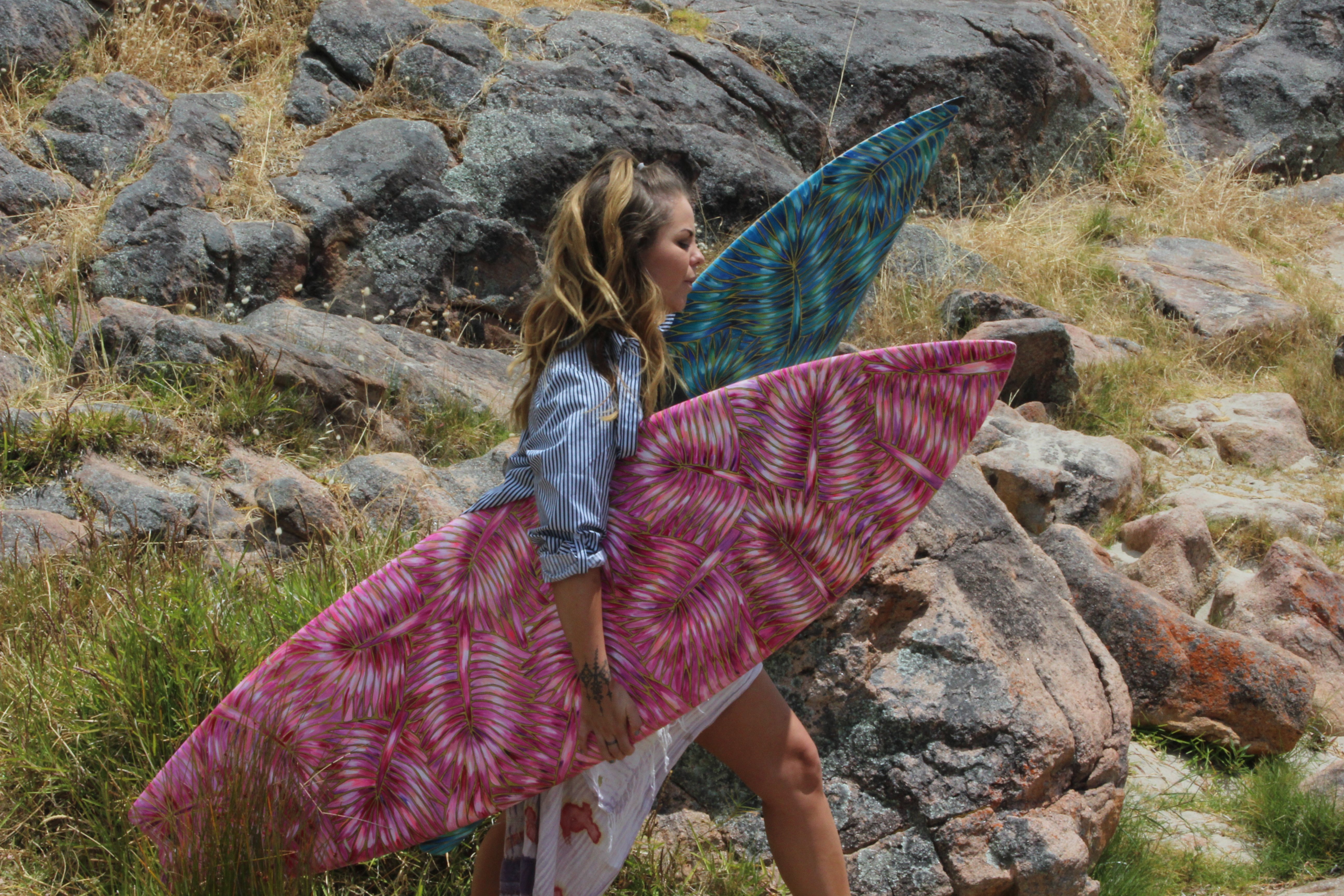 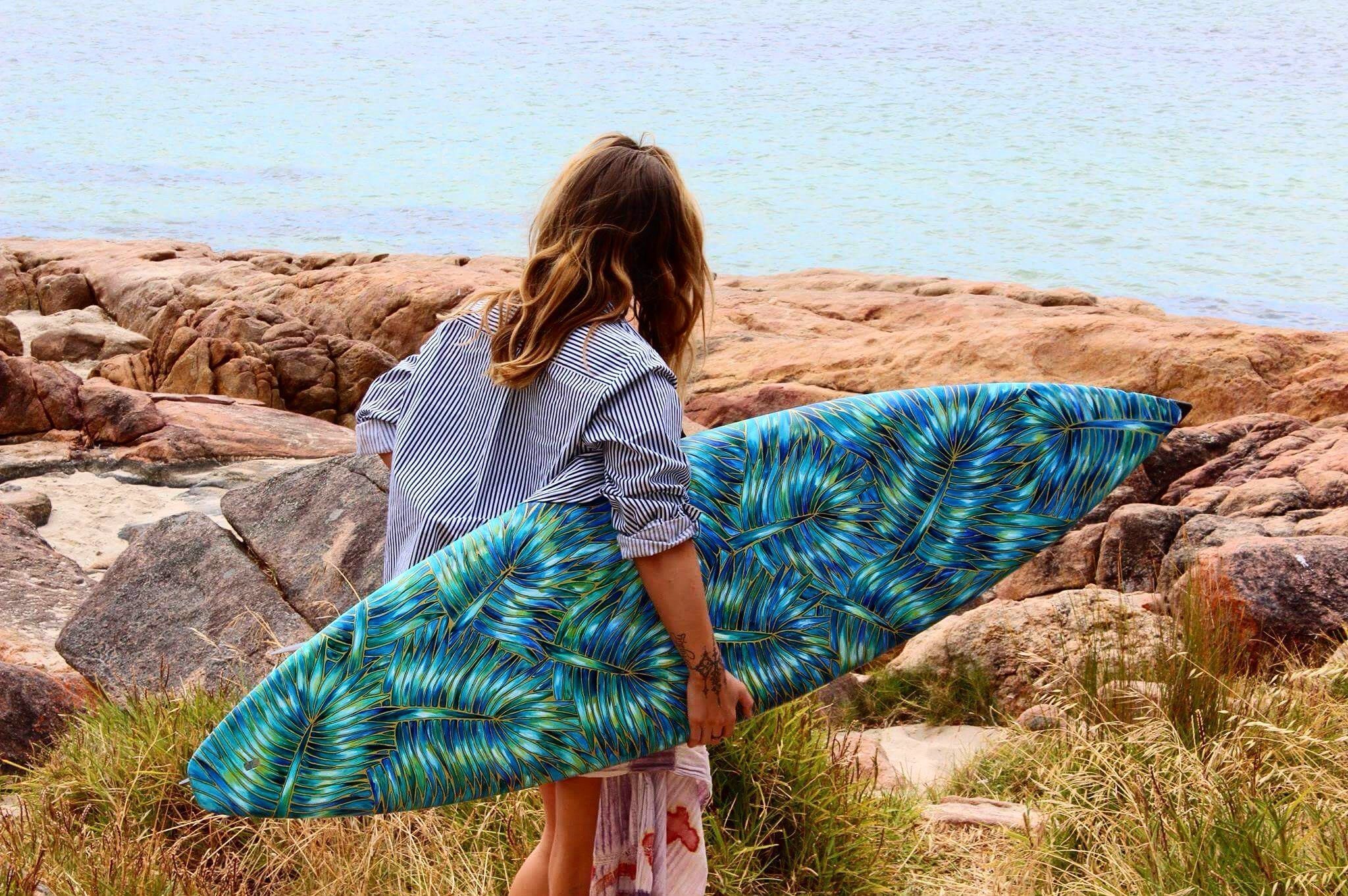 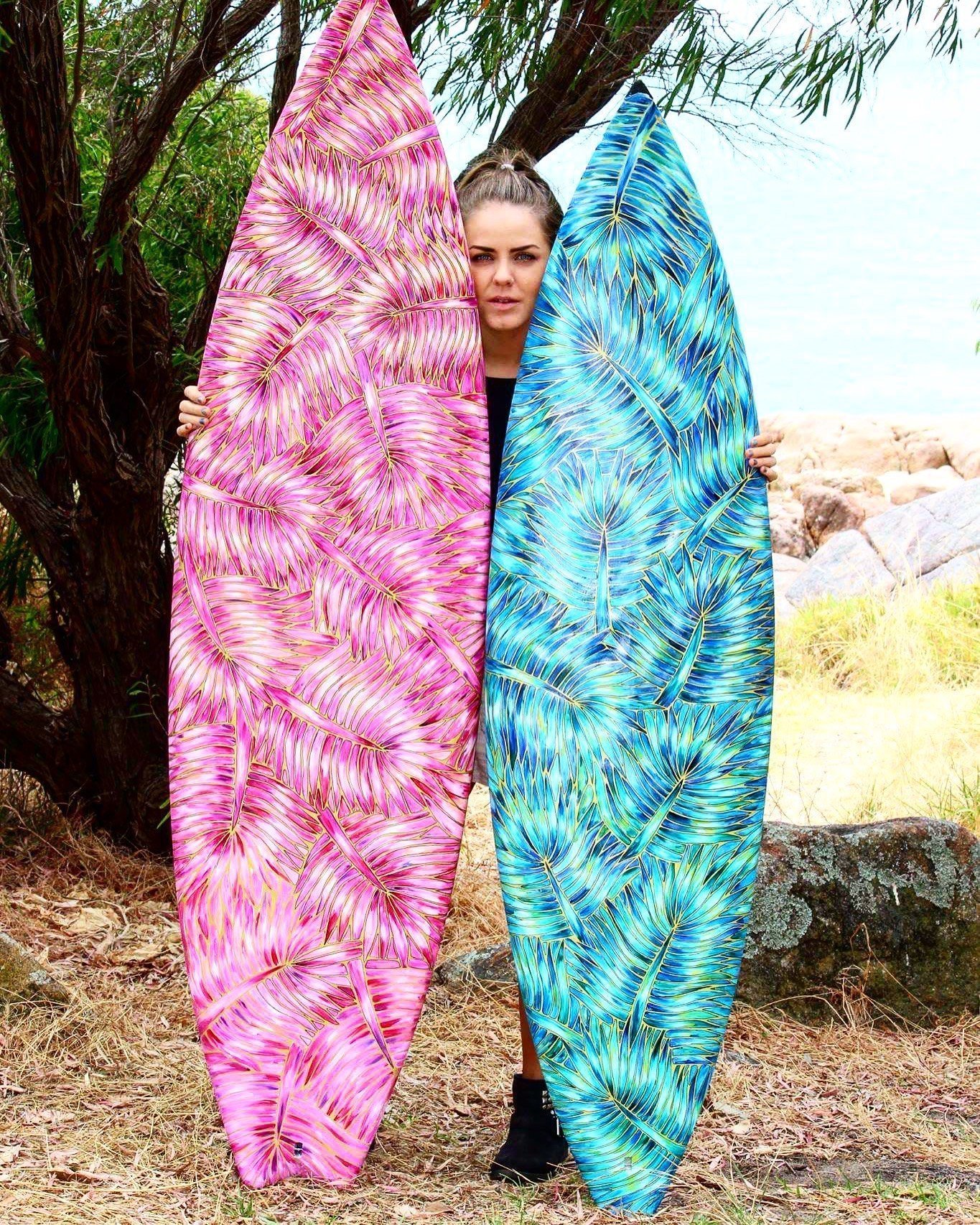 You’re an ocean defender and activist. What would you say to people who are interested in standing up for the sea as well? Where should they start?

Personally, the experiences that I have gone through, were more than enough to light a fire in my belly to start a change wave. I have seen first hand, in the flesh, hundreds of sharks being killed and finned. I have seen a turtle tangled up in plastic, fish with plastic in their bellies, crabs making tin cans and glass bottles their homes instead of shells. It’s just not good enough. I wouldn’t want people to see the things I have, but it’s vital to know what is going on. As I said before, love is the key. Get involved in ocean clean-ups, or even organize one yourself. Look up local ocean conservation in your area. Get involved. Get your hands dirty. If you can’t do that, donate. There are organisations set up to help the ocean movement. Sea Shepherd, Shark Guardian, Shark Warriors are some that are close to my heart. Do your research, watch movies such as shark water and spread the love. It’s so so so vital to have a positive message. 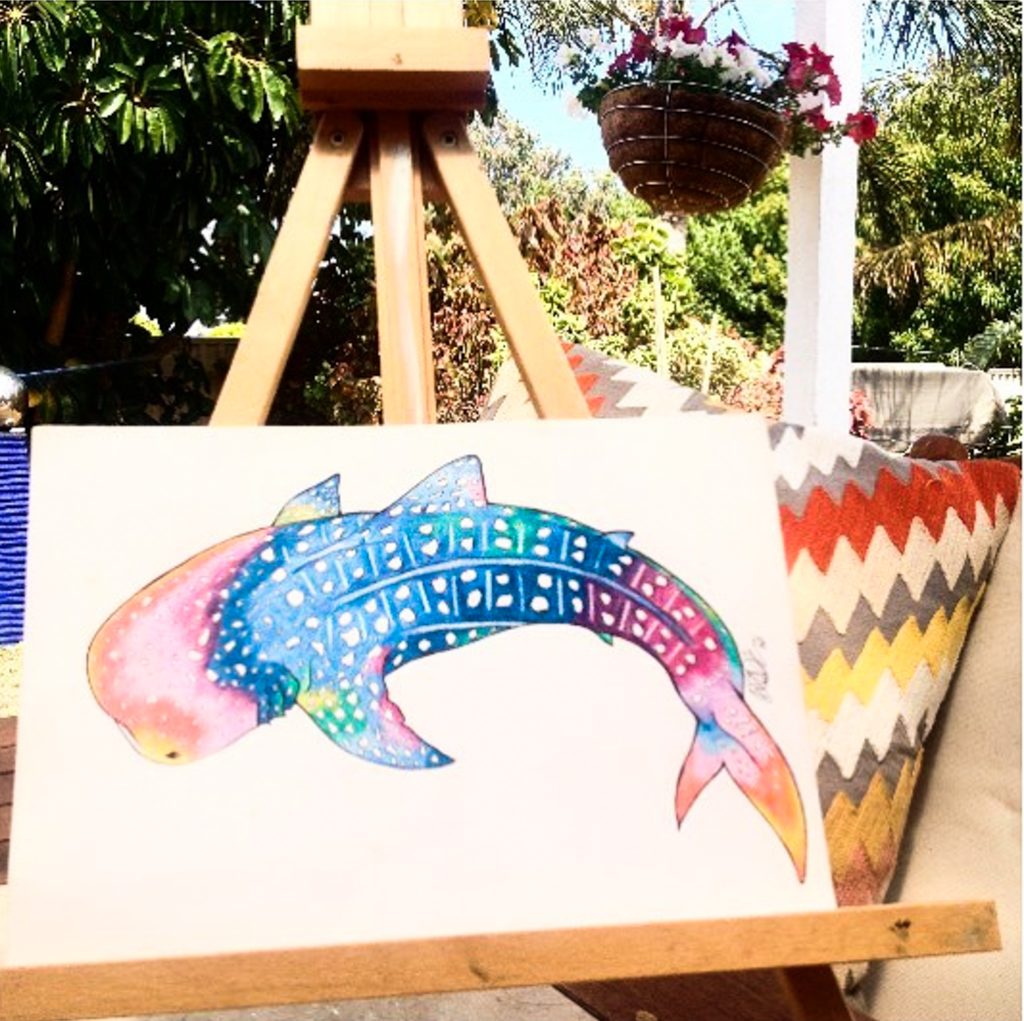 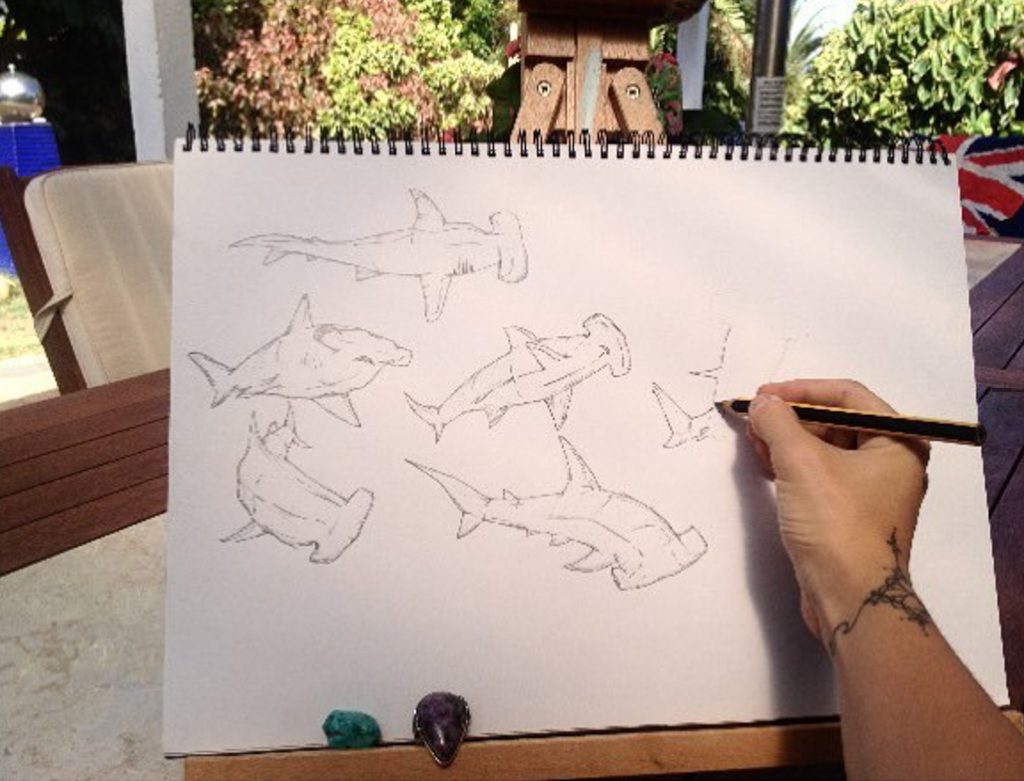 Where can we find you to follow your work, and buy a piece for ourselves?

My stuff is currently on display at Red Cloud Art Space, Yallingup Western Australia. In November, I’ll be doing a live painting at an auction event for Wildlife Asia at Kidogo Art House, Bathers Beach, Fremantle. I will be donating a surfboard to be auctioned off with all proceeds going to Wildlife Asia. My ten current collection of ten surfboards and others will also be at the event. 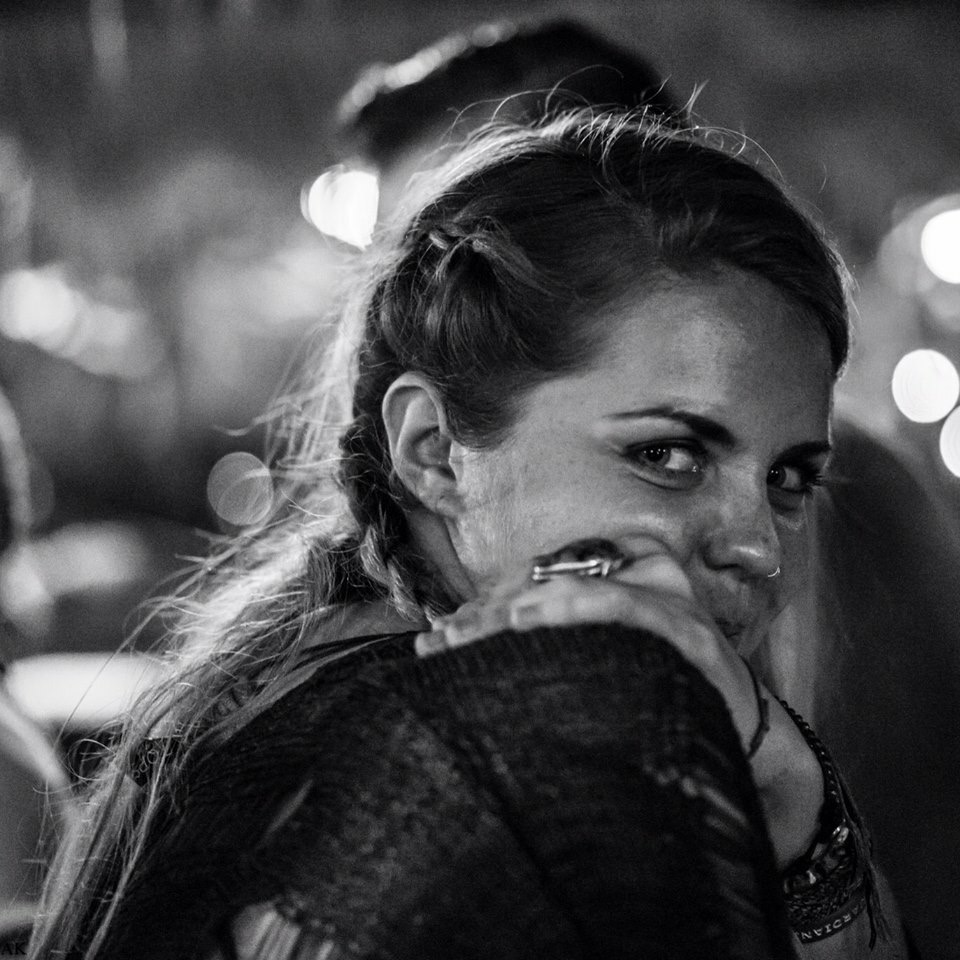 Thanks, Holly! Which piece of hers is your favorite?