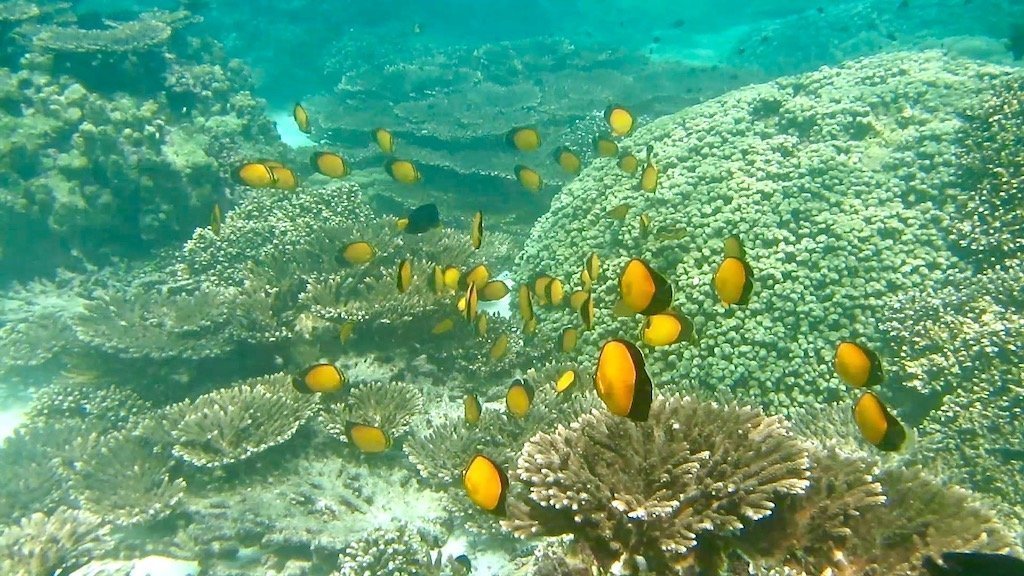 Teja on the Horizon

My Hotel Has Fish Feeding: What Do I Do?

The brochure read, ‘fish feeding’, among the many other activities such as ‘island hopping’, ‘sunset cruise’, ‘banana boat’, and so on.

I was previously interested, because I always seek to snorkel whenever I’m near a coral reef. But the fish feeding turned me off. I said, no thanks, and went back to laze on the lounger in front of my hotel on Station 1 beach, Boracay.

Why is fish feeding bad?

Fish feeding is something so common, that quite a lot of us who have gone to some kind of sea destination growing up, would probably have done it at one time or another. It feels so natural, kind of like feeding animals at the petting zoo, or stray cats at the street cafe, or maybe like putting out birdseed in the winter.

However, when we’re talking about fish in the wild living in a functional ecosystem, fish feeding as part of tourism can unbalance that ecosystem. It disrupts the normal feeding behavior of the fish and diverts them from their natural role in the local food web.

A healthy reef ecosystem has different parts that keep the balance steady. Some reef fishes are important, because they eat a different kind of algae that doesn’t live in the coral, but grow over them, so that they never overwhelm the coral.

In tourism areas, this kind of algae is prone to overgrow. Tourism areas discharge a lot of sewage into the sea, that encourage algae to grow – especially in poorly regulated countries. This makes the fish that eat algae even more important to the coral reef than before.

But if the fish are already full from what tourists feed them, they would not be grazing on the algae. Algal domination on the reef is then more likely, at a time when the reef builders – coral – are already struggling to survive. Bleaching events are now annual events worldwide, when they were once rare.

That’s not to mention the kind of food that tour operators normally use – bread. Although fish are attracted to bread, they did not evolve to process such food, and it is unhealthy for them.

For these and other reasons, fish feeding is banned in many marine parks around the world.

We tend to just go along with things, unless we were prepared in advance to act differently. So the first thing is to be aware that fish feeding could be normal at your intended beach holiday destination. Then you can think beforehand about what you should do.

The second thing is to realize that tour operators offer this, because they believe it is what tourists want. So here are a few things you can do.

You can refuse the snorkel tour

But what if all the tours at the destination do it? Or what if you’re not travelling solo? What if you’re travelling with friends or family or (in my case) colleagues, who really want to go snorkelling anyway?

You can request no fish feeding

It sounds straightforward. But anyone who has actually tried to do this, will know that a few extra considerations are often needed.

What if they forget? What if they don’t understand why, and do it anyway? Suppose there’s a language barrier?

I distinctly remembered making it clear. ‘But no fish feeding, please.’ I had repeated it with a firm swipe of the hand, and waited for his nod. But there was a plastic bag of bread next to him. I wondered if he would remember.

The boat driver cut the engine. We were at the snorkelling spot.

It was as I thought. He reached for the bread, and was halfway through tearing it open before I stopped him. ‘No bread,’ I repeated firmly.

‘But the fish won’t come,’ he told me. ‘It’s ok. I don’t want you to feed them.’ I tried to make my sentences as plain as possible, since the man’s English was relatively basic.

Sure enough, I did not need the bread. I just needed to leave the degraded anchor area where the boats stop for the snorkel tour, and look for the part of the coral reef that were still intact. You don’t need to bribe the fish to come to you – you swim to where they live. Pretty bright blue ones too, at the time I visited. 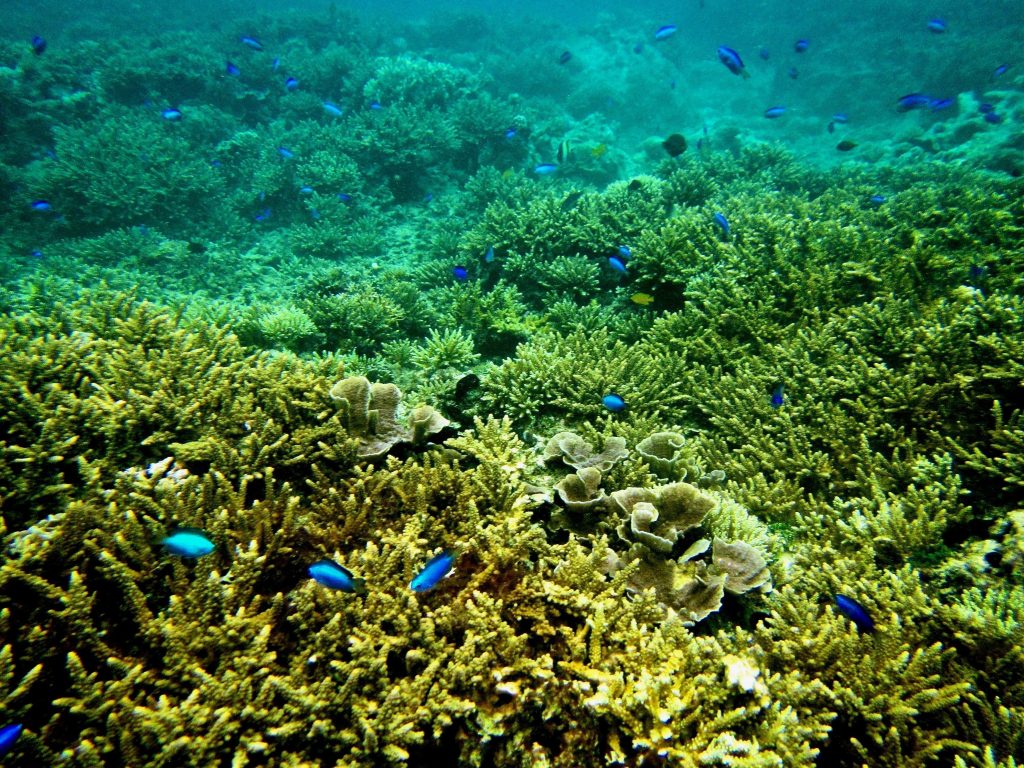 Later, as the boat rode up onto Puka Beach, we got off on our lunch stop. I tapped our snorkel guide to the side, and tried to explain why I would not let him feed the fish. ‘It is not good for the fish. The fish will be sick. And the fish would not eat at the reef, and then the reef would be sick too. If the reef is always sick, then in future there will be no more reef.’

He said no. There is no harm to the reef. It is the storm that damages the reef, he insisted.

All I could do was repeat that it was not good for the reef. I did not know how to explain to him, in simple language, why the two are not mutually exclusive. That it is not just one thing that damages the reef. I can only hope that he thought about it some more later.

That was my experience. I could easily ask this in Boracay, because I went with my colleagues, and we took the whole boat. So I had no objections, when I made my request, and enforced it.

But what if you’re joining a bigger snorkel group? What if the other tourists are not aware, and actually want the fish feeding? It takes skill to intervene in a way that comes across as care, and not judgment.

My advice in this case is to simply not take the snorkel tour. Or, if your budget allows, consider booking the whole boat.

You can review the snorkel tour

Many of us do not like to leave bad reviews. Especially in places with high competition and in today’s age of Tripadvisor reliance, bad reviews can kill a business and destroy livelihood. But considering that most tourists cannot tell if an attraction is bad for animals, should you stay silent even as the attraction is rated highly despite containing irresponsible practices?

Sustainable travel advocates especially, tend to be careful about leaving bad reviews, especially in third world countries where the consequence can be great for the local business owner. Many prefer to contact the business directly to give the feedback, for example.

But what if you don’t really feel that committed to actually discuss it with a manager? What if there isn’t a ‘manager’ at all? Most of us will end up not doing anything at all. Review websites are popular, precisely because they make it easier for most of us to leave feedback than the immediate, in-person way.

But is there a way you can use the review system in a more constructive way?

I believe you can. What if you left a review that knocked off just one star and contains sensible, inclusive, non-judgmental advice for future tourists, something like: This tour is highly likely to involve fish feeding, so you must directly ask them not to do it, and then make sure they really don’t, because local awareness is very low about the negative effects of fish feeding in coral reefs.

What if this sort of review becomes common? What if it makes more people aware that there is something bad about this practice, and find out more? If more and more tourists start asking them not to feed the fish, would that not transcend language and knowledge barriers? 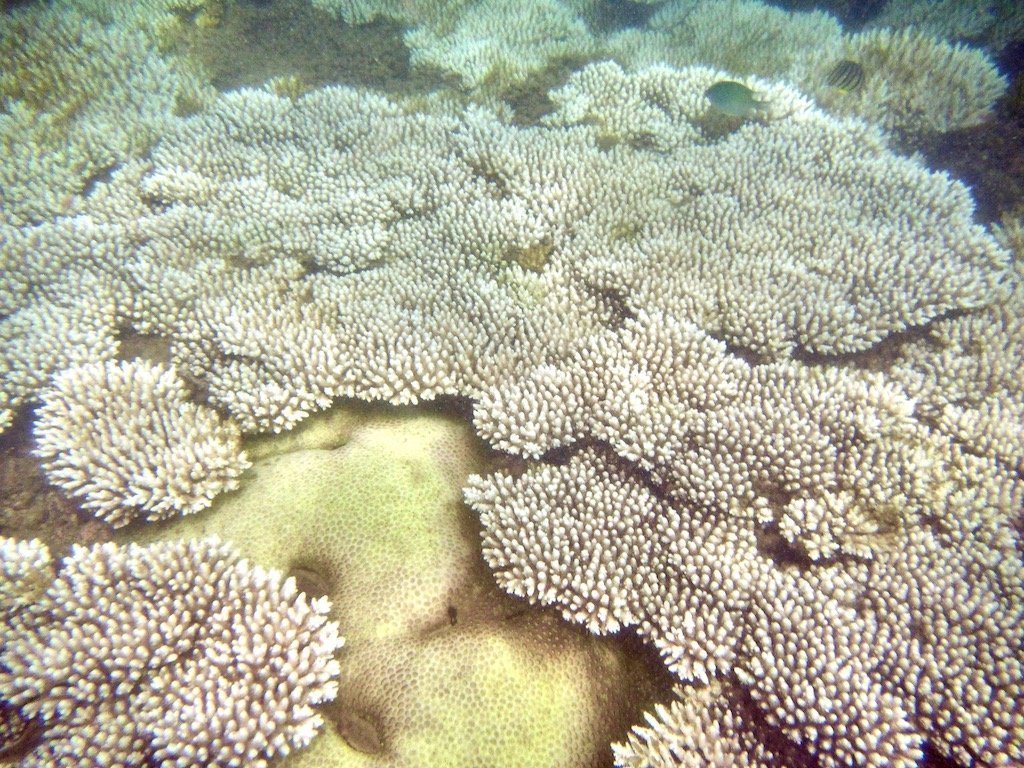 You can support such local programs by asking your hotel or tour provider if they have certified guides. Even if your particular hotel did not hire such a guide on their staff, it would still signal a demand for sustainable snorkelling, and increase the value of the certification among the local people.