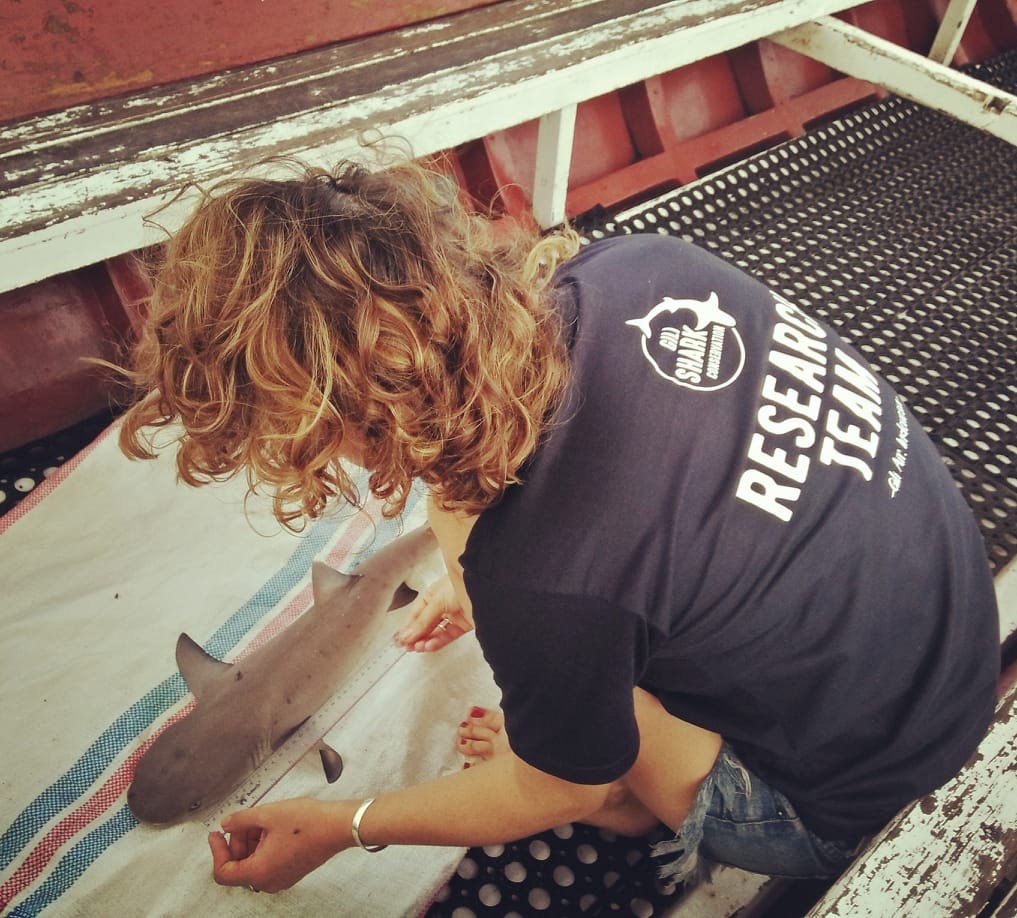 Love Sharks? Behind the Scenes with Gili Shark Conservation

Nearly six years ago, Rose moved to Gili Air, a small island in Indonesia, and helped found a shark conservation program. We’ve caught up with her to learn about what it’s like to live in a tropical paradise and all about Gili Shark Conservation. 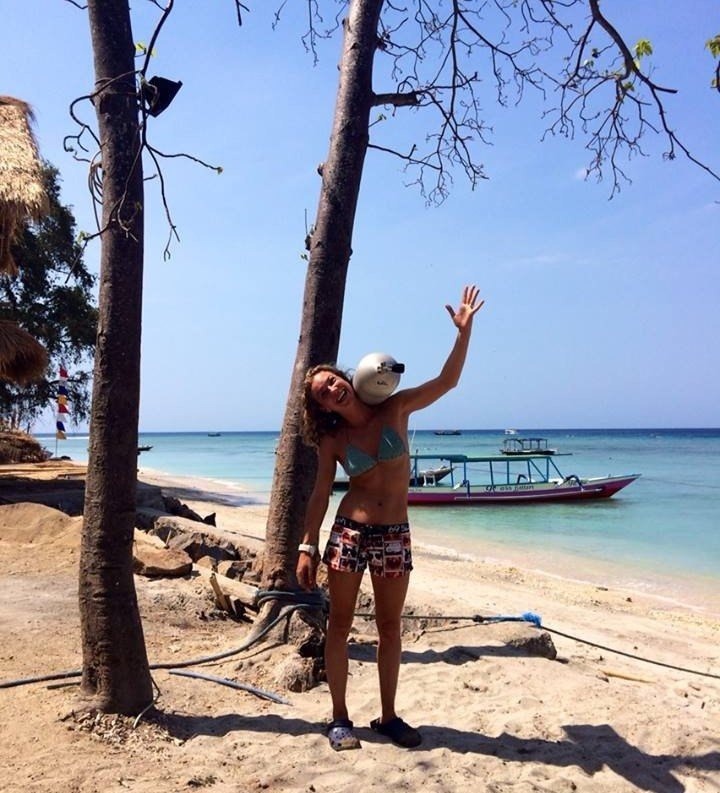 Hey Rose! Thanks for chatting with us. Could you please tell us a little bit about yourself and your life in the Gilis?

I am absolutely in love with the ocean, especially sharks. I love to think outside the box and to believe everything is possible: I maybe can’t pick the sun from the sky but a handful of stars shouldn’t be a problem.

I arrived on Gili Air almost six years ago and instantly fell in love with this magical island. I got myself a job as a scuba dive instructor and started calling the ocean my office. I found a secret getaway in the middle of the island and started calling it my home. And there, under the Nangka tree, I fell in love again. I didn’t plan on falling in love with him. And I’m pretty sure he didn’t plan on falling in love with me. But one day it was pretty clear that neither of us could control what was happening to us.

In 2015 we bought a piece of land together. For me buying the place where I fell in love and which I called my home away from home was a dream come true. Not only because it gave me the opportunity to offer people a unique place to stay on Gili Air but also because it gave me the opportunity to use this amazing property to give something back to world.

What is Gili Shark Conservation and how did it get started?

It all started with three people with big dreams and a huge passion for the ocean that met each other on a tiny island in Indonesia called Gili Air. They all worked in the diving industry and they witnessed on a daily basis the dramatic change of the reefs of the Gili Islands. Indonesia is the number one shark-fishing nation in the world, and has been for decades. There aren’t many sharks left in the oceans and it’s a critical place and time for shark and marine conservation. They decided in 2015 that it was time to stop dreaming and start acting. 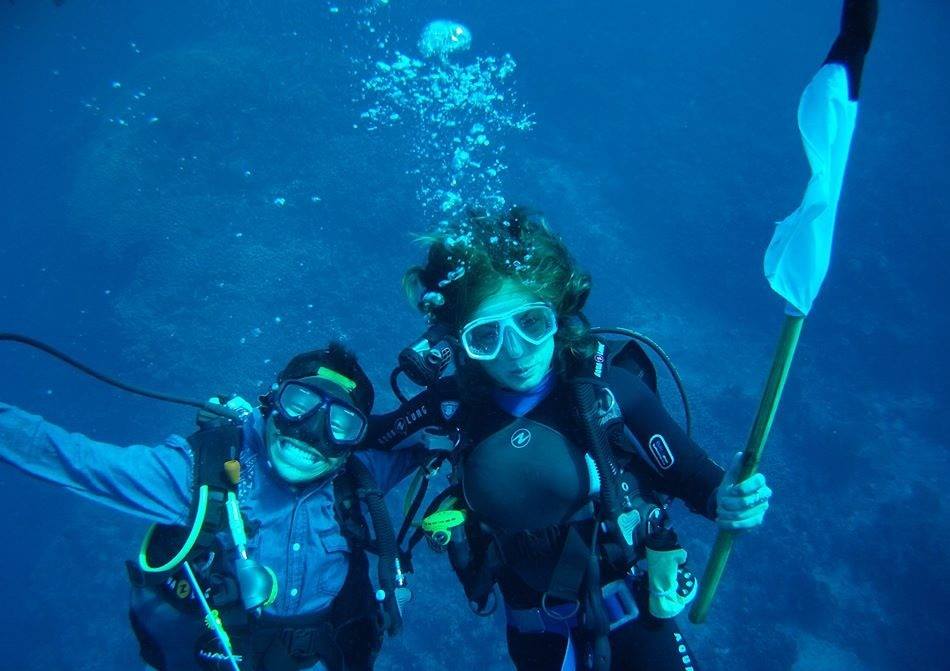 The timing was perfect. My boyfriend and I just bought this beautiful property called Villa Nangka and together we had all the tools to create an (international) research space on a tropical island.

Wow, it’s really tragic to learn that Indonesia is one of the largest shark fishing nations in the world. Why is that? Who is buying and eating these sharks?

Indonesia is located in the heart of Coral Triangle region; one of the most diverse and healthiest ecosystem in the world. The consequence is we have abundance number of sharks. A lot of fisherman are looking at the sharks as high-valued commodity compare to other fish. However, most of the sharks are not consumed within the country, but exported to the buyers. The demand mostly comes from China.

But we also have to keep in mind that the fishermen are not very well educated on this matter, since Indonesia is an economically developing country — especially fishermen who are living in developing small islands or coastal areas where there is a lack of educational resources.

What types of sharks live around the Gilis — is there one species that’s more prevalent than the others?

The Gili islands play host to a shark nursery area for white tip reef sharks and black tip reef sharks. Most of our shark sightings within the area are of juvenile sharks of these two species however occasionally we also have migratory species such as whale sharks passing by.

Is shark fishing common in the Gilis? If so, is it hidden from tourists?

I personally have never witnessed shark fishing around the area however we have had a report of a shark being found with a fishing hook in her mouth in the past. The hook found was small and intended to catch smaller boney fish so the shark was able to break the line but unfortunately left with a hook in its mouth. The hook was removed and the shark swam away.

The local communities within the Gili Islands mostly work in tourism and therefore they understand that having sharks in their waters is a great asset as they attract tourists to come to their islands and create an income to support their families. 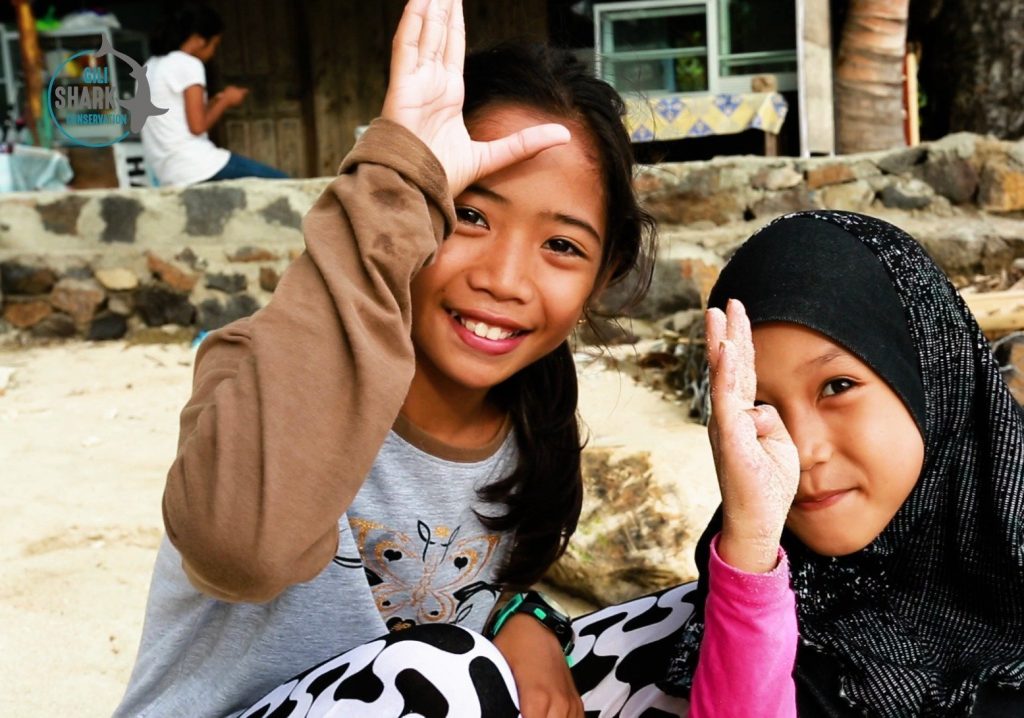 It should be mentioned that black tip and white tip reef sharks are not protected species and therefore there is no law stopping them from being fished. The Gili Islands do however play host to a marine protected area which restricts fishermen from fishing in certain zones and therefore protects sharks from being caught when the no fishing zones are placed over critical habitats.

Sharks are not main targets for fishermen in the area and there is no evidence to suggest that fishermen are over fishing sharks here.

How can tourists help protect sharks in Indonesia?

Tourists can help to protect sharks by making good purchase decisions, for example not buying shark teeth as souvenirs or ordering that create a demand for sharks to be caught. Often, it is surprising to discover what shark is actually used in. And it isn’t always the usual, easy to identify products, say with the word shark in the product name, like shark steaks, shark teeth or shark leather. Certain energy drinks, pet supplements, vitamins, lotions, dog chew toys, and even lipsticks — to name a few — are all known to contain shark products. And often, shark is mislabeled as other, more appealing fish.

Another very easy thing we can do which makes a big difference is buying the right sunscreen. An estimated 14,000 tons of sunscreen wash into the oceans each year, but research shows that chemicals that protect skin from harmful ultra-violet light can also damage coral. When ocean temperatures rise, the algae that feed coral and lend it its vivid colors leave, causing coral to bleach and eventually die.

It’s very exciting to see that Palau is set to become the first country to impose a widespread ban on sunscreen in an effort to protect its vulnerable coral reefs and I hope many countries will follow.

It is great when people really dedicate their holiday to doing something good and chose to join programs such as ours as a research assistant, helping to collect critical data for marine life along with participating in numerous conservation efforts every day. Not everyone has that much time on their hands however everyone can get involved by participating in community events in the area such as beach clean ups or dives against debris to help to reduce the amount of trash in our ocean.

Many travelers love sharks, but they’re also very scared of them. How can we overcome this fear of sharks?

Unfortunately many people have let the media and ridiculous fictional characters in movies such as “Jaws” form their view on sharks. They believe that sharks are ruthless human killing machines and that they are just sitting in the ocean waiting to eat any human that passes by while most attacks are thought to have been mistakes (the shark thinking a surfer is a seal for example). For people to overcome their fear of sharks they should educate themselves about these fascinating creatures and get to understand them.

What is your favorite interaction that you’ve personally had with a shark in the Gilis?

It’s hard to pick one moment, I have done some pretty amazing dives here. I always love the moment when I find a baby white tip shark chilling under a rock. Sharks are such incredible beautiful creatures and it never gets boring watching them.

Where can we find out more about Gili Shark Conservation?

Our mission is to promote shark conservation efforts through education and research while collecting abundance data from around the three Gili Islands. We use this data to build a case strong enough to propose to the government to make the Gili Matra Marine Reserve the first recognized shark nursery ground in Indonesia.

We are always looking for enthusiastic people who want to live in paradise and make a difference during their holiday or gap-year. You don’t need to be a shark expert or a diver to join our project, however a passion and commitment to marine conservation is important. We appreciate all the unique skills that you can bring to our project and welcome people of every corner of the world. During your stay with us we teach you how to dive/improve your dive skills, become a PADI scientific diver and a PADI shark conservation specialist. Furthermore we teach you everything you need to know about a BRUV (Baited Remote Underwater Video), how to identify sharks and turtles, how to conduct roving survey dives, benthic and fish survey dives, our underwater time lapse project, how to analyze and input data and much more.

You can find more information through the Gili Shark Conservation website, check out their amazing pictures on Instagram. You can also follow Rose’s journey as she rebuilds her boutique hotel.