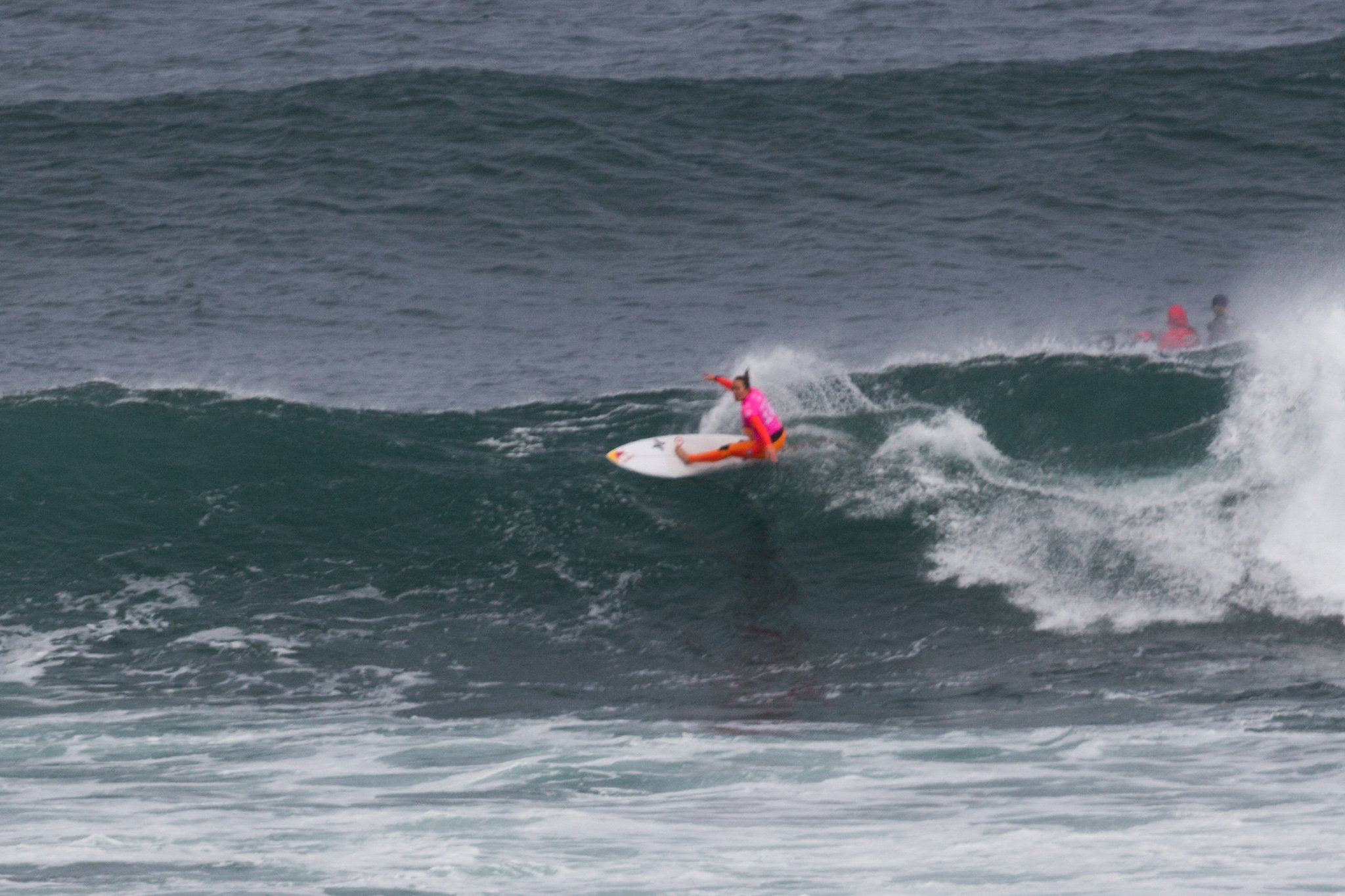 How Much Money do Surfers Make? (Including the Pros)

Surfing has become a lifestyle in addition to the sport itself. This means that surfers are making money in different ways than they used to. If you’re wondering how much money surfers make, read on to find out roughly how much surfers earn through prize money, sponsorships, influencing, and surf coaching.

How Much Professional Surfers Earn

Whether you’re new to surfing or looking to enter the competition world, the question that’s crossed your mind is this—How much do pro surfers earn?

Needless to say, those amounts are incomparable to athletes in other fields. Nonetheless, it’s still a life-changing amount of money for surfers who achieve the pro level.

In the past, big brands like Quiksilver and Billabong would compete for the best surfer sponsorships, spiking pro sponsorship salaries higher and higher. Because Quiksilver and Billabong are now owned by the same parent company, this salary competition play does not occur as much as it used to. Because of this, large pro surf sponsorships are not as lucrative as they once were, and most pro surfers have to take on more, smaller sponsorships to push their income up to the high hundreds of thousands or millions.

The Highest Paid Surfers of 2021

According to sleuthing done by Stab Magazine, pro surf salaries took a major hit during the pandemic. Contracts were cut or cancelled, leading to a reshuffling of surfer incomes.

Ranked from highest paid to lowest paid, these were the top paid pro male surfers of 2021:

Who is the Highest Paid Surfer?

Gabriel Medina is the highest-paid surfer in the world based off of surf sponsorships, earning over $2.2 million dollars per year from major sponsors like Rip Curl, Corona, Audi, Ralph Lauren and more.

Prior to the pandemic, John John Florence was the highest-paid surfer in the world, earning over $5,300,000 per year. Hawaiian-born and bred, Florence honed his skills riding some of the state’s biggest waves. However, according to reporting done by Stab Magazine, John John’s income decreased by around 80% during the pandemic.

Although Florence earns prize money from surfing competitions, the bulk of his money came from the $30 million Hurley endorsement deal he signed, which was supposed to pay him over eight years. The deal fell through on Hurley’s end, but brands lined up to offer Florence other attractive contract deals.

How much do pro surfers make? The best resource is to turn to WSL’s (World Surf League) website. In 2021, they’re offering the winner surfer $100,000. In addition to that, they have a prize pool of over $1 million that they divide depending on where surfers rank in the events.

Up until the fall of 2018, equal pay for male and female surfers wasn’t a given. However, on September 5, 2018, the WSL declared that all surfers would receive equal pay regardless of gender. Their equal pay policy applies to all WSL led events, including:

Furthermore, the WSL committed itself to encourage its partners to follow in its footsteps. Although the right timing for equal pay for women surfers would’ve been from the get-go, it came before the first time that the Olympics included surfing on its roster. The originally scheduled 2020 Tokyo Olympic Games will be taking place in the summer of 2021, and the WSL hopes that other sports take note of its equal pay policies.

The world took notice of WSL’s stance on equal pay for female surfers. Since making their statement in 2018, the Women’s Champion Tour prize money has increased by over 150%. Furthermore, in 2019 the WSL scheduled 64 women’s surfing events. Compared to the 14 events they organized just seven years prior, that’s a massive improvement.

How Much Surf Instructors Earn

When considering the question, how much do surfers make?, the money doesn’t only have to come from competitions. Instead, many surfers earn a part or full-time living from being an instructor.

Surf instructors average $15 per hour teaching group classes to casual surfers. Surf instructors have a chance for better pay if they have certification through an organization such as the National Surf Schools and Instructors Association. Surf instructors wanting to earn more money can also opt to teach private classes.

If a pro or semi-pro surfer chooses to teach surf lessons, their price per hour will be higher, oftentimes around $50 per hour. Overall, though, most people decide to become surf instructors for the love of the sport and not for the money.

How Much Surf Influencers/YouTubers Can Earn

Social media is a powerful tool for surfer diehards wanting to bring in income. Although you need to be a highly skilled surfer to compete in pro competitions, the great part about becoming a surfer influencer is that you only need knowledge of the sport (and a few connections wouldn’t hurt).

According to the Influencer Marketing Hub, most YouTube channels earn around $18 per 1,000 ads that users view. Therefore, if a surfer has 100,000 followers, and assuming they view one ad per month, the influencer can earn $1,800 per month.

YouTube isn’t the only way for surfer influencers to make money. They can build a website and use affiliate marketing to promote surfing-related products. If a visitor clicks on the affiliate link and makes a purchase, the influencer will receive a percentage of the sale price. Similarly, sponsors may pay you to promote their surfer brand on their website.

Surfers who have high followings across social media, like Alana Blanchard and Jamie O’Brien, can make money based off of their personal platforms even if they’re not competing competitively.

The Top 5 Paid Surfers of All Time

Pro surfers keep their net worth under cover, but there’s some speculation based on previous competition winnings, sponsorships, and other entrepreneurial endeavors. Let’s take a look at the highest paid surfers of all time.

With a net worth of $25 million, 49-year-old Slater is one of the most recognized names in surfing. In addition to the money he earns from riding waves, he’s also founded or built surf brands like the Surf Ranch and Outerknown, where he pushes his own line of surf boardshorts.

Hamilton’s net worth stands at $10 million. He’s older than Slater by nearly a decade, but his earnings also come from a combination of surfing competitions, surfing sponsorships, filming, and acting. He’s notorious for making bold moves in the surfing world, including co-inventing tow-in surfing. But most of all, he owns over 10% of his public company, Laird Superfood and nets $200,000+ per year as the role of ‘chief innovator.’

Florence “only” makes around $5 million per year in surfing, but to understand the magnitude of this amount, we have to look at his age—he’s only 28 years old. His solid surfing skills led him to win two back-to-back world titles: the 2016 World Surf League and 2017 World Surf League Men’s Championship Tour. And who doesn’t love watching a good John John surf session at Pipe?

Perhaps more impressive than Reynolds’ $3.9 million yearly earnings is the fact that he doesn’t have a coach. Instead, Reynolds rose in the pro surfing world by using self-training techniques. His work paid off—Channel Islands, Vans, and Quiksilver all endorse him.

Thanks to a five-year contract with Billabong, Parkinson rounds out this list with his approximately $3 million per year in earnings. Parkinson competed neck in neck with Kelly Slater, securing his first World Title that brought him respect and deals in the pro surfing community.