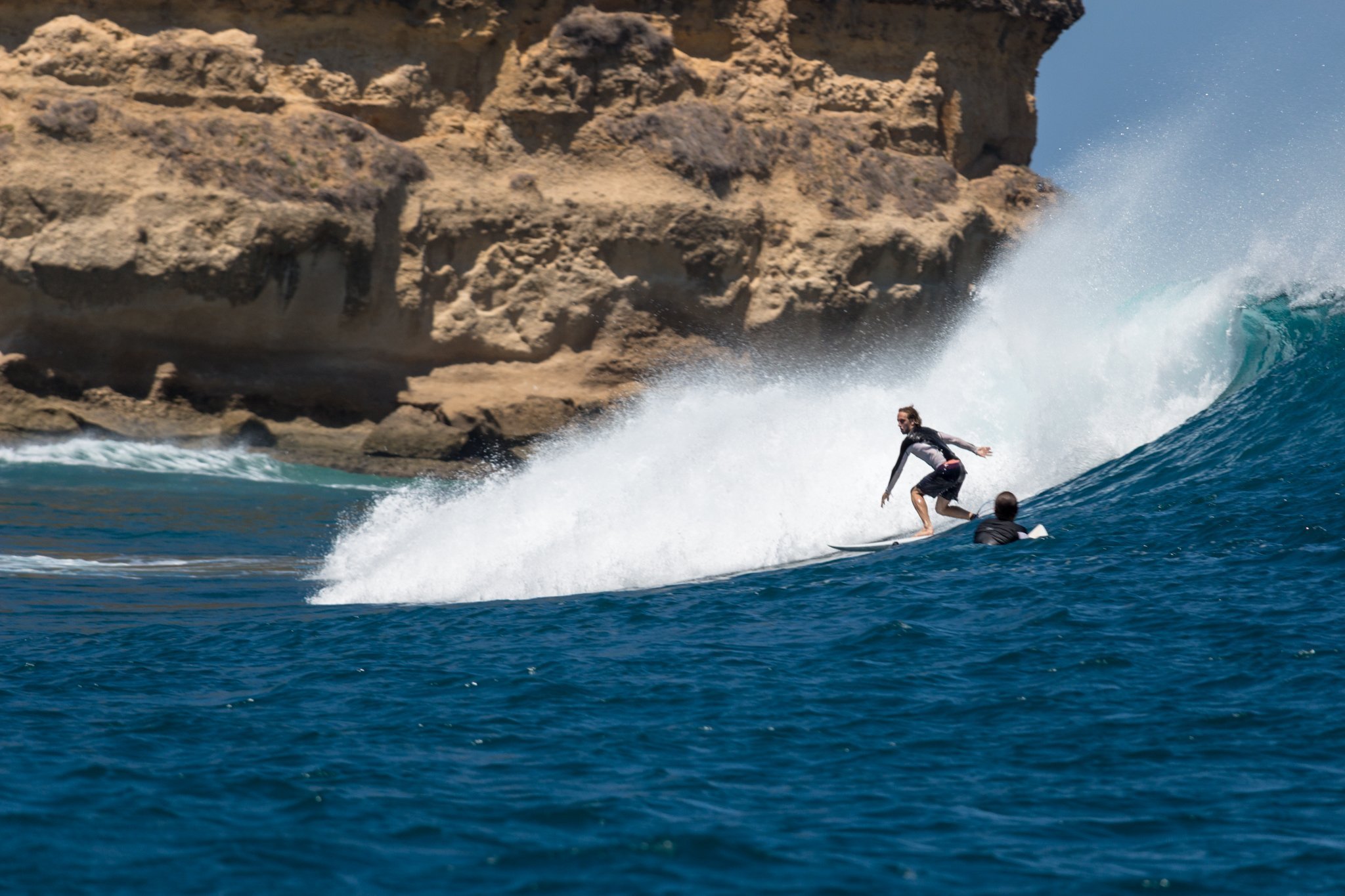 The History of Surfing

Surfing was not always the sport we all know today. Rather, it was a way of life. While its origins are hard to pinpoint, having a timeline of events could help us better understand how surfing has evolved from an integral part of daily living to one of the most popular ocean sports today.

1767: Surfing is first observed in Tahiti

It is believed that surfing was first observed in the Polynesian islands, particularly in Tahiti. Aside from 12th-century cave paintings depicting people riding waves, surfing was first seen by British Explorer Captain James Cook and the crew of HMS Endeavour when they passed by Tahiti, the largest island of French Polynesia in 1767.

Studies show that surfing back then is a show of strength, skill and was rewarded with the highest position on land. In the old Polynesian culture, the best surfer may have been given ranks in nobility.

1777: The first written description of surfing

While Captain Cook and the crew of HMS Endeavour were credited as the first ones to see surfing in Tahiti, it was the surgeon of HMS Resolution, Dr. William Anderson, who first gave surfing a description. While anchored in Tahiti’s Matavai Bay, Dr. Anderson wrote in his journal:

“I could not help concluding that this man felt the most supreme pleasure while he was driven on so fast and so smoothly by the sea; especially as, though the tents and ships were so near, he did not seem in the least to envy or even to take any notice of the crowds of his countrymen collected to view them as objects which were rare and curious.”

“During my stay, two or three of the natives came up, who seemed to share his felicity, and always called out when there was an appearance of a favorable swell, as he sometimes missed it by his back being turned, and looking about for it.”

“By then I understood that this exercise… was frequent among them; and they have probably more amusements of this sort which afford them at least as much pleasure as skating, which is the only of ours with whose effects I could compare it.”

As early as the late 1700’s, Hawaiians have already been wave sliding, the old name of surfing. This was handed down to them by the Polynesians when they arrived during colonization. However, Hawaiians took a different approach to surfing. It became a part of their religious practice. This was especially true when it came to making a surfboard. Along with offerings to the tree to be cut down, several religious rituals were observed during the board making process.

Unfortunately, surfing in Hawaii took a different turn after colonization. As they become slaves, Hawaiians who surfed were despised, and the act of surfing was banned. Only the most elite could surf in the best spot using the best surfboards. Supposedly, the ‘best’ waves of back then were waves of the easy and gentle variety. Heavy barrels weren’t exactly coveted like they are today.

Early 1900’s: Duke and the boom of surfing in Hawaii

The reigning monarch in Hawaii was overthrown in 1893. In 1912, a Hawaiian swimmer named Duke Kahanamoku joined the Olympics and won the 100-meter freestyle. Using the speed stroke (also dubbed as the Hawaiian Crawl) he learned during paddling out to Honolulu Harbor, he won the race by a commanding 2-meter lead.

Back in Hawaii, he started teaching swimming and surfing. His efforts paid off and surfing has become a popular past time for Hawaiians. Duke traveled the world and taught his technique which gave rise to surfing in other countries like USA and Australia.

1928: The first ever surfing competition

July 16 1928 marks the official day of the world’s first surfing competition. Held in California’s Corona del Mar, surfers (formerly called as surfboard artists) gathered along the beach with boards as long as 16 feet and weights of over a hundred pounds. While Duke was not able to join the competition, Tom Blake won the championships and became an icon of this growing sport.

Birth of the surfing culture

Although the popularity of surfing started to grow in the early 1900s, it wasn’t able to take off primarily due to global unrest brought by two world wars. It was only after World War II that surfing bounced back and people went back to riding waves.

1952: The invention of the first wetsuit

Prolonged exposure to cold water was one of the many hindrances why people hesitated to go surfing. This impediment has paved the way to the invention of the first wetsuit by Jack O’Neill in 1952. We should be thankful to O’Neill’s neoprene suit. Otherwise, if not for his creation, we might still be wearing sweaters soaked in oil.

It is without a doubt that Hollywood movies significantly contributed to the global popularity of surfing. While there are several short films, Gidget was the first Hollywood surf movie. Released in 1959, it depicted colorful and lively beach parties which became mainstays in surfing culture.

After Gidget, several Hollywood films followed which intensified the fantasies of viewers and urge to try this new hobby. Some of the popular surf movies include Beach Party (1963), The Endless Summer (1966), Big Wednesday (1978), and Chasing Mavericks (2012).

“Aruba, Jamaica, oh I want to take you to Bermuda, Bahama, come on pretty mama. Key Largo, Montego, baby why don’t we go to Jamaica off the Florida Keys”

– Kokomo by The Beach Boys

With the growing popularity of surfing worldwide, it has created its own genre, surf music. Riding on with the prominence of surfing in Southern California, surfer Dick Dale wrote Let’s Go Trippin in 1961. Surfers and non-surfers were both stoked on the unique style of playing the electric guitar that is infused with middle eastern vibe. While several bands followed Dale and his newly staged surf music, it was the Beach Boys who really made surfing and surf music inseparable. Some of Beach Boys’ iconic surf music includes Surfin’ USA (1963) and California Girls (1965).

1980’s: Invention of the 3-fin system and the shortboard revolution

Longboards were the fad in the infancy stage of surfing. These boards were made of wood and cut into panels at 20 feet long. As it evolved, it has become tapered making it more hydrodynamic. However, it was still difficult to maneuver. Not until in 1980 when Australian surfer Simon Anderson invented the 3-fin system mounted on a short board. Maneuverability was significantly improved and it has paved the way for the development of new generation boards that are shorter in length and more hydrodynamic.

Surfing competition has gone a long way. From the first competition in 1928, it has evolved into an attraction which showcases the best of the bests. And not just this, surf addicts are riding bigger and wilder waves: from the Banzai pipelines of Hawaii to the monster waves of Nazare in Protugal.

To top it all, surfing is now an Olympic sport. The 2020 Tokyo Olympics was its debut where Brazilian surfer Italo Ferreira was crowned as the first Olympic gold medalist in surfing. In the upcoming 2024 Olympic games in Paris, it is expected to attract a bigger crowd. Now, who’s your bet?