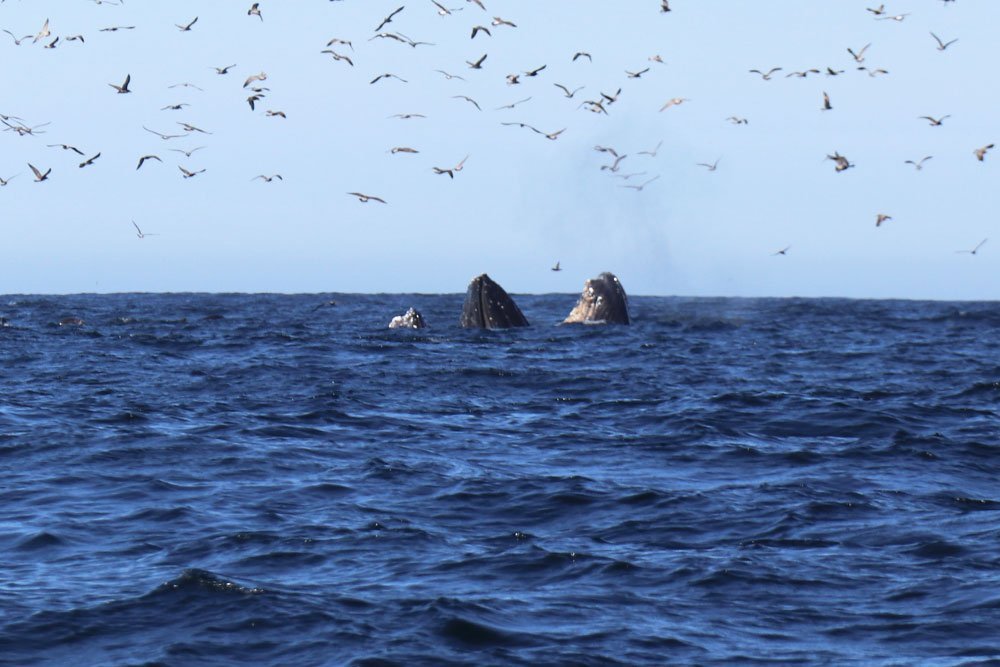 Eco-Friendly Whale Watching and Shark Spotting on the Farallon Islands

I was surrounded by whales! Out west of the San Francisco Bay on a whale watching tour to the Farallon Islands, I saw several groups of humpback whales that were feeding together. It was a spectacular site! If you’ve never been whale watching, I highly recommend it. 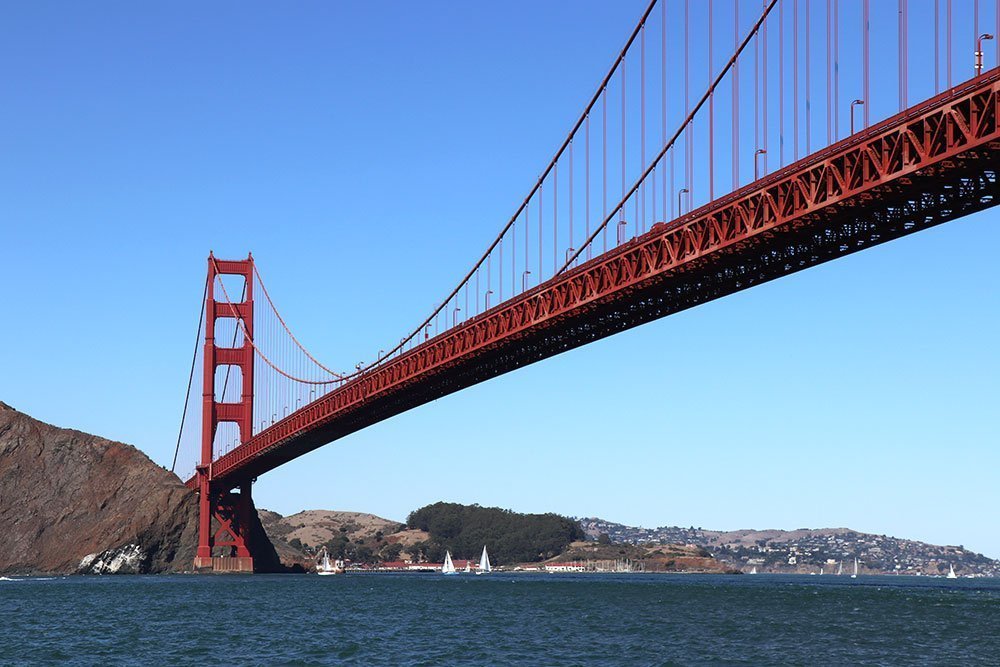 Taking a whale watching tour is both entertaining and educational. But before you go, you want to make sure that the tour is eco-friendly. 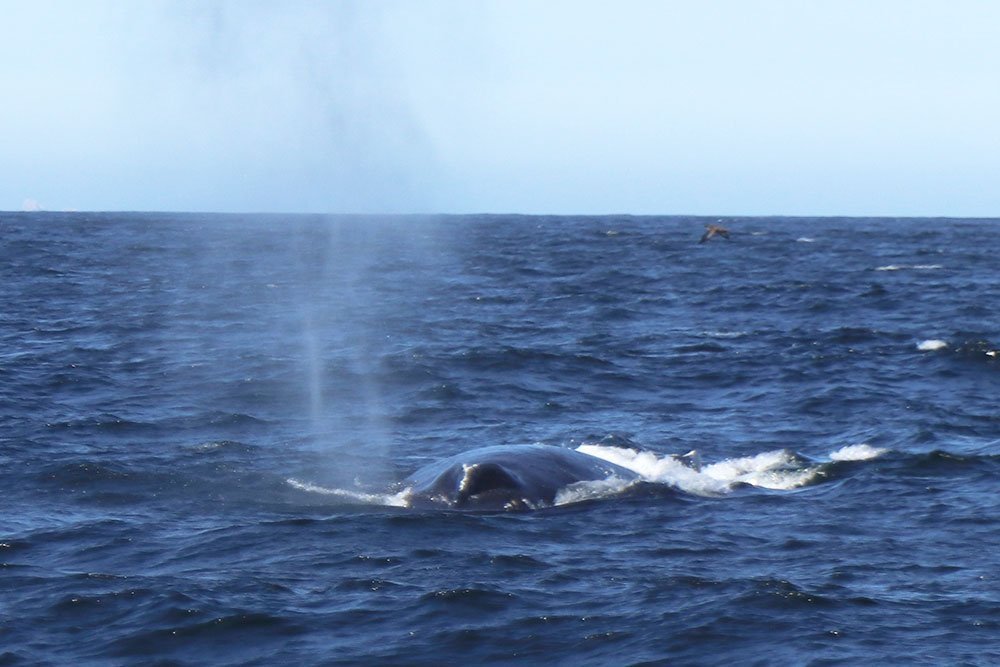 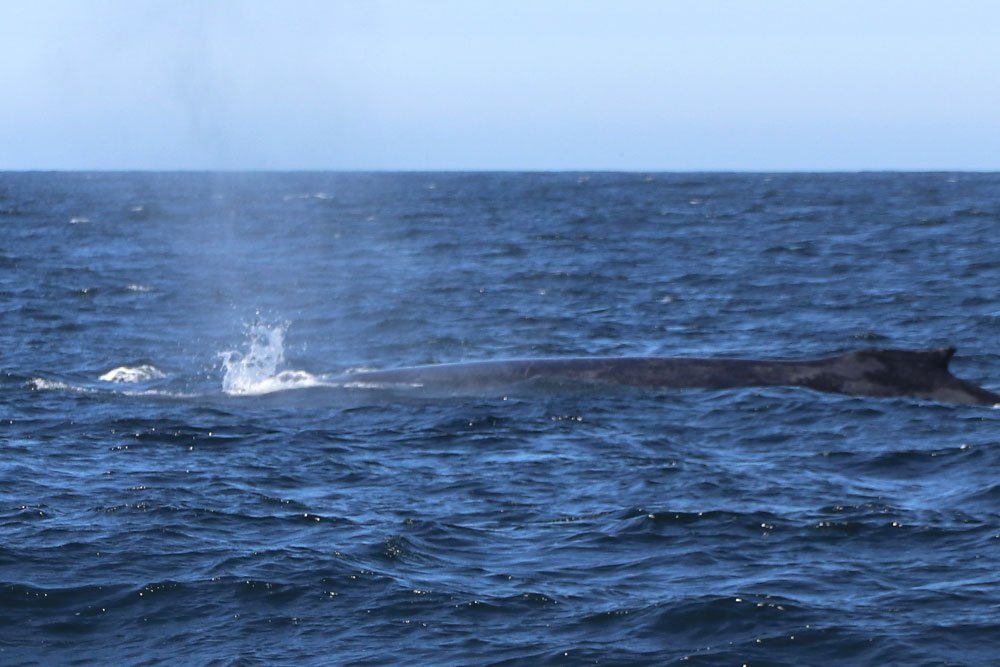 Ideally, you want to take a whale watching tour that uses an environmentally friendly vessel. It should have a hull design that leaves a smaller wake with minimal underwater noise. You can find details on a tour’s boats on their About page. If one of their boats is eco-friendly, they’ll say so on the tour company’s website. The tour boat that I went on was specifically designed to operate in sensitive marine environments.
You’ll also want to read reviews about the tour and the company.

Do they respect the wildlife? The tour that I took was with San Francisco Whale Tours and they were incredibly respectful. Anytime a whale was close, they would shut off the engines to not disturb the animals. Throughout the trip, the naturalist tour guide would point out various species, explain how to recognize them, talk about their behavior and migration patterns. When our tour got to a colony of birds, the tour guides stopped using the microphone to talk to us because they didn’t want to disturb the birds. 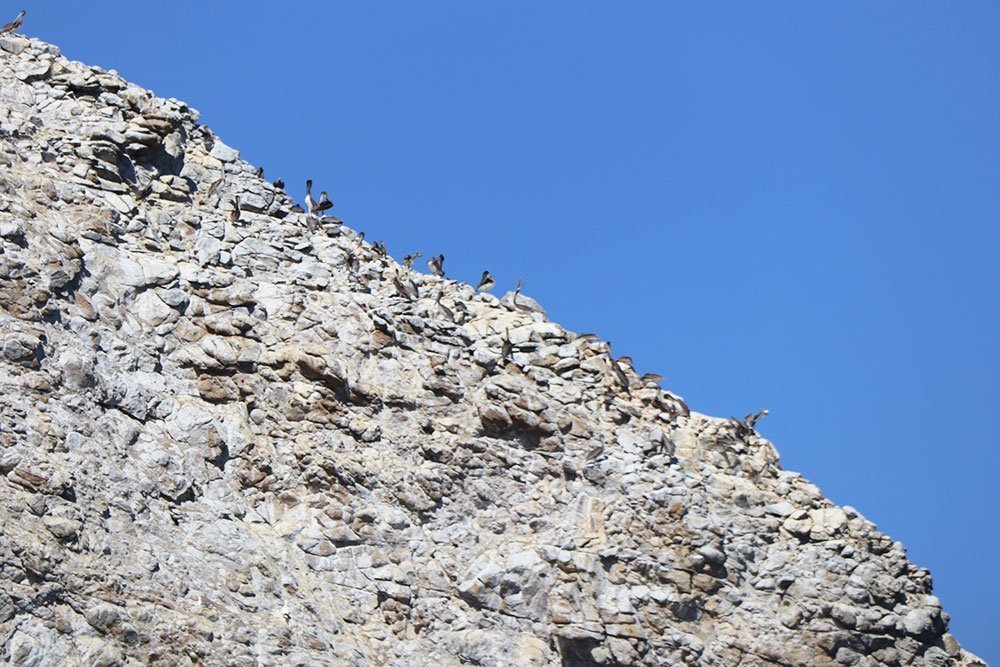 It doesn’t take much time to research the tour before buying a ticket. This will allow you to make an informed decision and find the best eco-friendly tour for you.

The Farallon Islands, or Farallones, are a group of islands to the west of San Francisco, California. Getting to the Farallones is a long journey but includes some sightseeing along the way. We passed by Alcatraz, and underneath the Golden Gate Bridge. I saw birds, sealions, and humpback whales along the way. The Farallones are also a gathering point for great white sharks. 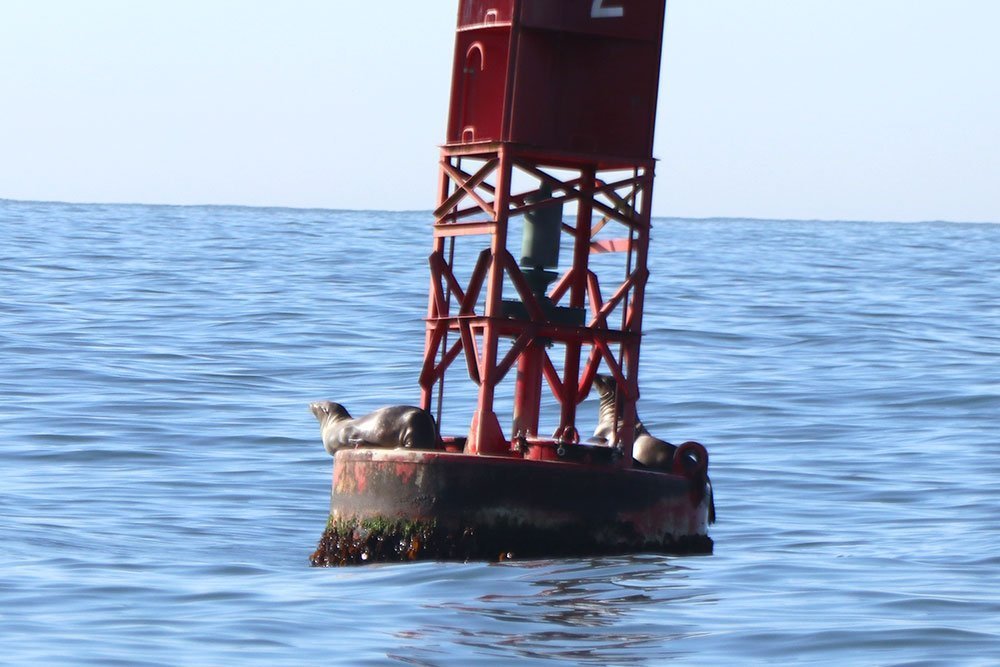 The Farallones have a storied history. Truth can be stranger than fiction. Such as the bird egg harvesters that had battles with the island’s lighthouse keepers. Or the fact that seventeen children once lived on the inhospitable islands in 1887. Today, the Farallon Islands are a protected wildlife sanctuary. Only scientific researchers are allowed to live on the largest island, the Southeast Farallon. 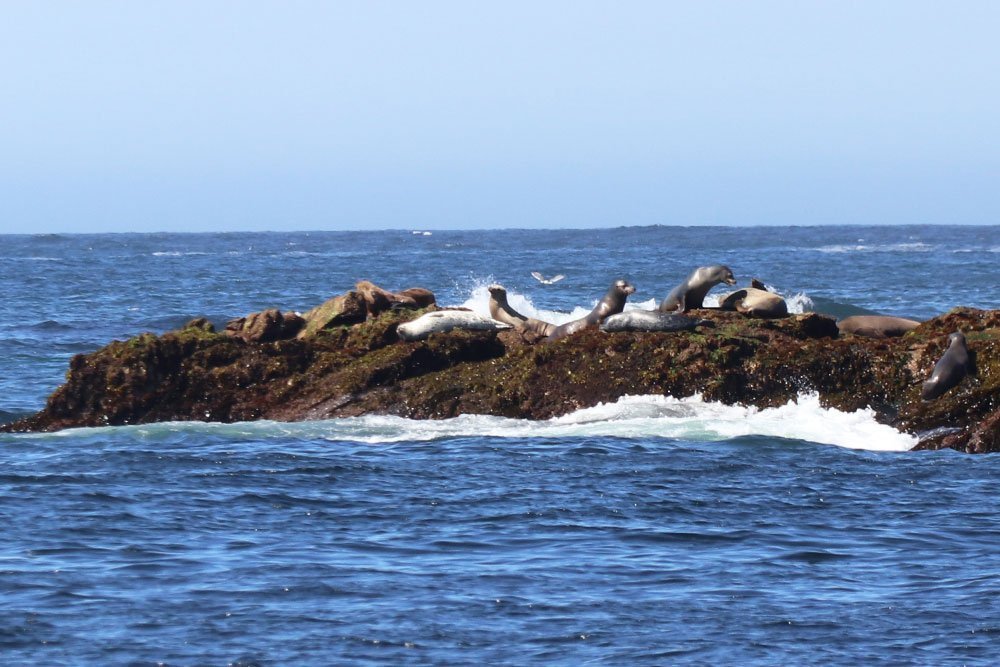 However, there was one journalist, Susan Casey, who was fascinated by the islands and its surrounding great white sharks. Her book, Devil’s Teeth, is about the time she lived and worked on the island with a group of researchers.

A small group of researchers on the Farallon Islands created the first long-term study of individual great white sharks, it was called The Farallon Island White Shark Project. By observing and tagging great whites, they discovered that the sharks around the Farallones, on average, were larger than the great whites of South Africa, Australia and Mexico’s Guadalupe Island.

The researchers would track everything about the sharks including frequency of seal attacks. The best vantage point to see shark attacks is from the island’s lighthouse. The vivid red slick of elephant seal blood and the circling seagulls overhead are the tell-tale signs of an attack.
Often research takes decades before it pays off. But the shark researchers quickly discovered through tagging that the Farallon sharks were traveling farther, deeper, and faster than previously thought. One great white was recorded having traveled 2,300 miles to Hawaii in thirty-seven days. The shark stayed around Maui for four months then turned around and came back to the Farallones.

3 Easy steps you can take to support ocean conservation

You already love the ocean and want to take steps to help protect and conserve our oceans. Here are three easy steps that you can take in your everyday life to contribute.

1) Bring reusable bags to the grocery store, avoid using plastic bags.
2) Cut the plastic rings on any “six packs”. Animals can get stuck in the rings.
3) Educate yourself about oceans and its marine life. The more you know, the more you’ll be inspired to help and pass that knowledge on to others.

Have you ever been on a whale watching tour? Tell us about it in the comments below!