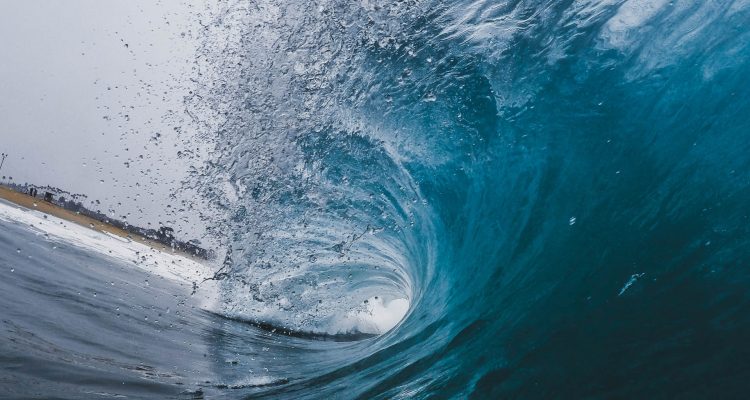 The 13 Most Epic Surf Movies of All Time

With more time inside, many of us are surfing vicariously through the screen. If you’re looking to get onto a surf film bender, these are the best surf movies of all time. We’ll cover the classics plus the surf movies on Netflix available right now.

Made in 2007, this fun movie stars Shia LaBeouf, Zooey Deschanel, Jon Heder, Jeff Bridges, and a few other stars. With a full cast, Surf’s Up is about Cody Maverick, a penguin from Shiverpool, Antarctica. Cody’s a classic underdog (underpenguin?) character, with other penguins thinking he’s a fool. But, Cody believes in himself and enters a big wave surf competition. If that’s not enough, Cody has to deal with the current winner, Tank Evans, who’s quite a salty old fella. Tank Evans isn’t about to let Cody take his position. Can Cody win even though the waves are more treacherous than anything he’s ever had to face?

2. Morning Of The Earth

Filmed in 1972, Morning of the Earth is a classic film that showcases surfers’ connectedness with nature. The film follows surfers as they search for waves from Australia to Bali to Hawaii. Morning Of The Earth is hailed as one of the best surf movies, and put the wave of Uluwatu on the map. After this debuted, surfers ventured from all around the globe to chase the waves they’d seen in the film. This surf movie is also cited as the spark to Bali’s surf tourism scene.

Watch Morning of the Earth

At The Salt Sirens, we have a soft spot for Blue Crush starring Kate Bosworth. It’s part surf film, part rom com, part comedy. The main character, Anne Marie, preps for the Pipe Masters surf competition but finds herself falling for herself a football player. Does she find her focus and win the contest? Can she overcome her fear of hitting the reef? The sequel to Blue Crush (sans Kate Bosworth) does have more surfing, but we have to admit the storyline just isn’t as good.

This movie sparked the iconic yellow and orange posters plastered all across the surfer world. This is the surf movie many of watched as kids, and who can forget the incredible scene where they surf the ‘hour long wave’ at Cape Saint Francis. The music, the filming, the pure and raw sense of adventure deserves the chef’s kiss.

The Endless Summer movie features the lives of two longboarders as they travel the world in search of the endless summer. Along the way, they meet unique characters and share the stoke with people who’ve never seen such a surfboard contraption before. This film by the legend Bruce Brown sparked an entire generation of surfers.

Bruce Brown, a king when it comes to making the best surf documentaries, revisits the surf travel realm with Endless Summer II. This film doesn’t have the same nostalgic surf vibes as its predecessor, but it’s damn hilarious and you won’t be able to finish it without having a smile on your face. This film has two quirky surfers, Pat O’Connell and Wingnut, retrace the surf trip experienced in Endless Summer I.

“Paddle grom, paddle.” Chasing Mavericks is a surf movie centered around chasing your dreams. The main character, Jay Moriarity, finds out that the legend surrounding Mavericks surf break waves is not only real, he also happens to live not far from Jay’s home in Santa Cruz. With the help of Frosty Hesson, Jay learns how to navigate the heavy waves of Mavericks.A friendship develops between the two that changes both their lives as they continue on their goal to conquer their fears.

Point Break shows the peak of extreme sports, and it’s led by Keanu Reeves. This movie has a little of everything including action, comedy, crime, and romance. The movie’s premise revolves around a criminal gang of bank robbers. The FBI has one of their agents, Johnny Utah, go undercover as a surfer. With the help of another agent, played by Gary Busey, the two search for the robbers. Problems arise when the criminals realize can’t Johnny can’t surf. Johnny learns how to surf but in the process realizes the criminal network goes deeper than he initially thought.

Based on the novel by Australian surf writer Tim Winton, Breath is a touching coming of age story about two friends. Set in Australia, the cinematography of Breath is amazing, and you’ll feel as though you’ll traveling with them. The two teenage boys find an adventure in an older surfer who pushes their potential for taking life-changing chances.

Riding Giants offers an inside look at big wave surfing’s origins. The movie offers information surrounding the mythology behind the desire to ride some of the world’s largest waves. Riding Giants was one of the first movies to show the history of surfing in Hawaii, and later how surfing became into a mega-industry. Director Stacy Peralta highlights these rich details of surfing, its players, locations, and media fanfare. The movie also gives insight into the excitement and the drive of the men who charge big waves for over five decades.

Devyn Bisson writes and directs a film centered around the life of Paige Alms, who learned to surf at age nine and went on to become a big wave surfer by the time she turned 26. Living so close to one of the most coveted surf spots in the world, she was able to become Maui ambassador for the big wave.

Watch the Wave I Ride

Momentum Generation takes a look at the lives of some of surfing’s biggest stars like Kelly Slater, Shane Dorian, Taylor Knox, Taylor Steele, Pat O’Conner, and more to bring a film about their lives. At a young age, many of them they left their families and lived in a home at the North Shore of Oahu, where they took part in riding the most dangerous waves. Through loss and competitiveness with each other, they became a group known as the Momentum Generation.

Starring Jan Michael Vincent, Gary Busey, William Katt, Big Wednesday is about about three young surfers growing up in the 60s, enjoying their freedom on the beach and chasing big waves. They soon began to face challenges including the Vietnam War as they pondered over whether they would make it to see the swell of the century, Wednesday–a day that would bring the biggest and best waves they’d ever seen.

The surf movie that started it all…

Gidget represents one of the classic movies for surfers. For surf lovers looking for something on the lighter side, this 1959 film may be right up your alley. Gidget is about a young girl who discovers surfing and romance with a surfer called Moondoggy. During a swimming accident, Gidget becomes intrigued by surfing. She spends her time hanging out with a new surf crew, who they end up accepting as one of their own.