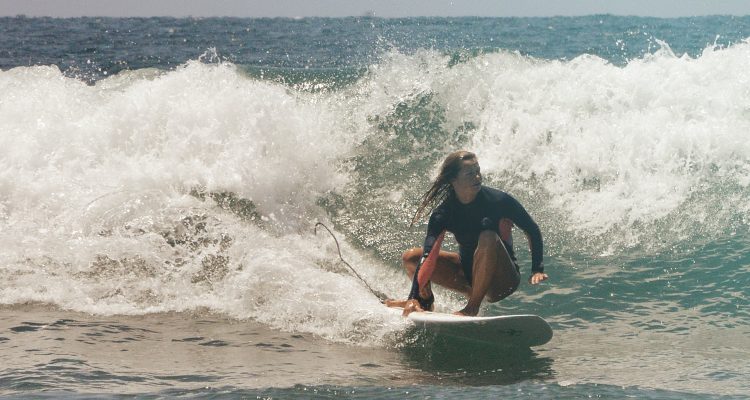 The 10 Best Surf Colleges in the USA

Looking for the best place to combine your love of surfing with a quality education? These are the best colleges for surfers in the United States. As a tip, stack your courses in the middle of the day so you can have sunrises and sunsets free for surfing.

The UCSD has been consistently rated one of the top ten public universities in the country for over ten years according to the U.S. News Report, and they’re also highly for their level of academics vs. their price. The school is known for its pre-med program but also offers a variety of majors related to oceanography and marine biology. If you’re into studying the sea, there’s no better place to do so than at the Scripps Institute of Oceanography, part of UCSD and within walking distance to Black’s Beach.

UCSD is located in La Jolla, which is renowned for its surf spots like Black’s Beach and Windansea. If you want to make surfing a bigger part of your college experience, consider joining the UCSD surf team, one of the best college surf teams in the country.

UCSC is known for its aerospace, astronomy, and engineering programs. The campus offers many opportunities for outdoor and social activities. Students love that you can hike through the woods to get to class.

Santa Cruz is nicknamed “Surf City” because it’s a top surfing destination. You can find small waves to huge ones, so it’s perfect for any skill level. UCSC even has a surfing class if you want to brush up on the basics, hence why it’s one of the best surf colleges.

The University of Hawaii at Manoa is known for offering quality education at an affordable price. The school is also known for its beautiful campus, compassionate professors, and diversity of cultures among student and staff.

The University of Hawaii, Manoa is within Honolulu; longboarders will love catching waves at Waikiki. But for heavier breaks, the North Shore isn’t too far of a drive. At the university, you can take surfing lessons or even take an anthropology class that lets you surf and learn about the culture of Hawaii.

If you’re looking for a private university with an emphasis on Christian spirituality, you may want to consider Pepperdine University in Malibu. The school is located on a beautiful campus and has a small student body, so you’ll have an individualized experience.

Pepperdine was given the number seven spot in the top ten schools for surfing, as ranked by The Surf Channel. Malibu is a great location for catching year-round waves, and students can join the school’s surf team or participate in the Surf Convo, which is a blend of faith and surfing.

Cal Poly San Luis Obispo is one of the two polytechnical colleges in California. It’s a great school for engineering and technology but also focuses on the arts and humanities. This school is the place to go if you want to be an engineer.

While San Luis Obispo isn’t a renowned surfing spot, there are some interesting places to surf, especially if you’re looking for something outside the norm. The kitesurfing around this area, however, is top tier.

UCSB is a large school that can be tough to get into, but it has a beautiful campus that’s not far from the beach. The school is known for both academics and lots of social activities, making it a great school to have the idyllic college experience when it comes to work vs. play.

UCSB is one of the best surf colleges, and you’re sure to find friends to catch waves with. If you want to do two years at the community college in Goleta, you can enroll in a surf class. UCSB itself also has a highly ranked surf team if you’re serious about the sport.

If you’d prefer to be on the East Coast and are looking for an affordable private school, Monmouth offers great opportunities. It has a small undergraduate class and a relatively high acceptance rate. And on top of that, it’s one of the best colleges for surfers.

There are some prime surf spots near Monmouth and you can catch some huge waves during wintertime. You can also join the school’s Surf Club if you’re looking to make some friends who share a love of the sport.

If your heart belongs to the West Coast waves but you don’t have a big budget for most of the California schools, CSUCI is affordable and near some great surf spots. The school is younger than most others and has a small student body. With a 22:1 faculty to student ratio, you’ll get extra help if you need it.

The school has a competitive Surf Club and is located near some great breaks. The Surf Club has a good mix of males and females, making this one of the best surf colleges for female surfers.

FIT is a Tier 1 university and is known for its rigorous engineering and aerospace programs. The school is a top choice if you’re an undergraduate and are eager to get started on some research projects before starting your graduate degree.

FIT is located in Melbourne, one of the oldest beach towns in Florida. You’re sure to get the surfer vibe in this small town. This often-overlooked spot is one of the few places on the Space Coast that doesn’t shut down due to large swells because it’s deep. FIT has a Surf Club if you want to get more involved.

Point Loma is located right on the ocean in San Diego, meaning you’re never far from prime surf. The school has a small student body and students report great relationships with their professors. Graduates have a high median salary.

You can even take a course on “The History and Culture of Surfing” if you want to learn more about the sport. You can also take surfing lessons or join the school’s surf team. Best of all, if the nearby breaks aren’t working, you’re just a short drive away from La Jolla, Pacific Beach, Ocean Beach, and Mission Beach. A small surf trip to Mexico is never too far, either!

FAQs about Surf Colleges in the USA

Can you get a college scholarship for surfing?

Because surfing is still a relatively small sport, there are no colleges in the USA that offer scholarships for surfing. Hopefully, as the sport grows and is even recognized in the Olympics, this will change.

Can you major in surfing?

No colleges in the United States offer a major in surfing. If you love everything about surfing, consider studying the history of surfing through a history major, the physics of waves through an oceanography major, or the sport itself from a sports science major. There are many ways to study surfing through majors outside of surfing itself.