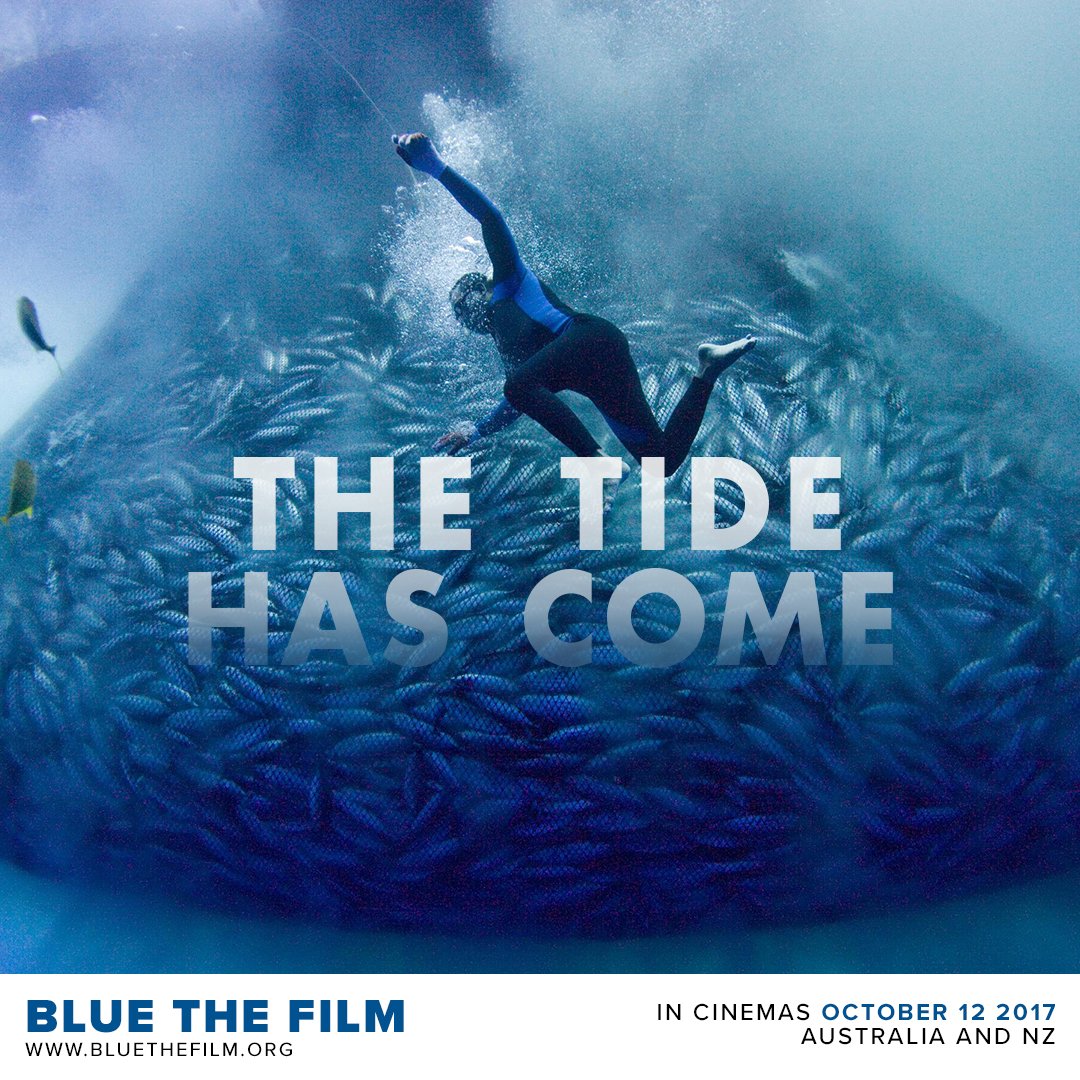 Behind the Scenes of BLUE with Director Karina Holden

Karina Holden is the writer and director of BLUE, a stunning documentary that highlights what we love about the ocean, and why it’s so important to protect it. 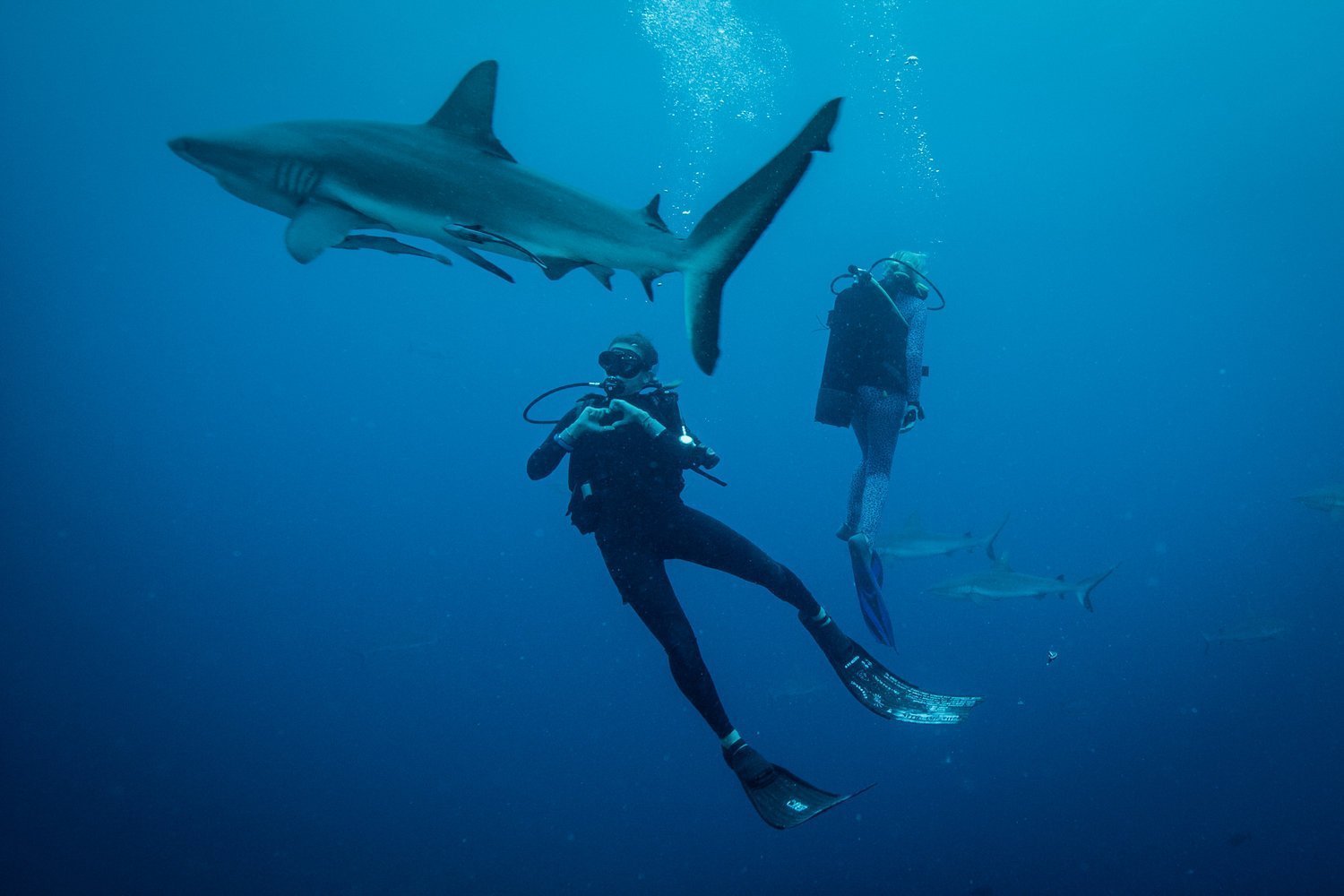 She has taken the time to step behind the scenes with us and talk about her life as a life-long conservationist and director. We talk about the practicalities of following her footsteps, what it’s like working as a woman in the industry, the scenes in BLUE that impacts her the most, and more.

When did your love of the ocean begin?

I grew up in a place called Avalon on Sydney’s Northern Beaches on Paradise Avenue – that says it all really. My mother was definitely an earth mother. She would pick us up from school each day in the mini moke and we’d go straight down to the beach. My mother made sure we got a sense of the importance of Nature. She imparted an understanding of our connection to what was wild and the strength you have as an individual in being in that space. My father made sure my sisters and I were fearless sailors and encouraged me to swim out the back of the surf no matter how big the swell. Whether it was doing a 30km bush walk on the weekend or setting off to sail down the coast in the middle of a storm – they both cultivated this mentality of – this is life, hang on and engage!

At age 23, you started working with the Natural History Unit at ABC and you’ve since traveled all over the world including places like Thailand, Vietnam, and even to Kenya in pursuit of stories. What drew you to documentary making?

I wanted to have a job where I would spend time in nature as well as being a storyteller. I was trying to envisage a way to make those two things intersect. In order to find my path to film-making I had to become a scientist first, which may seem circuitous but it gave me an angle to break into the industry and a lens to look at the world. I’m addicted to new experiences and constantly seeking out adventures and new learnings. Working in documentary film-making engages my restlessness.

What advice would you give women who are interested in following in your footsteps?

I believe people are potentially more emotionally open when working with a female director. Through the relationships I’ve built when making my films, I think being a female has helped. Anytime I’ve been in a difficult or dangerous situation and yet still stood firm as a woman, I’ve garnered a lot of respect. 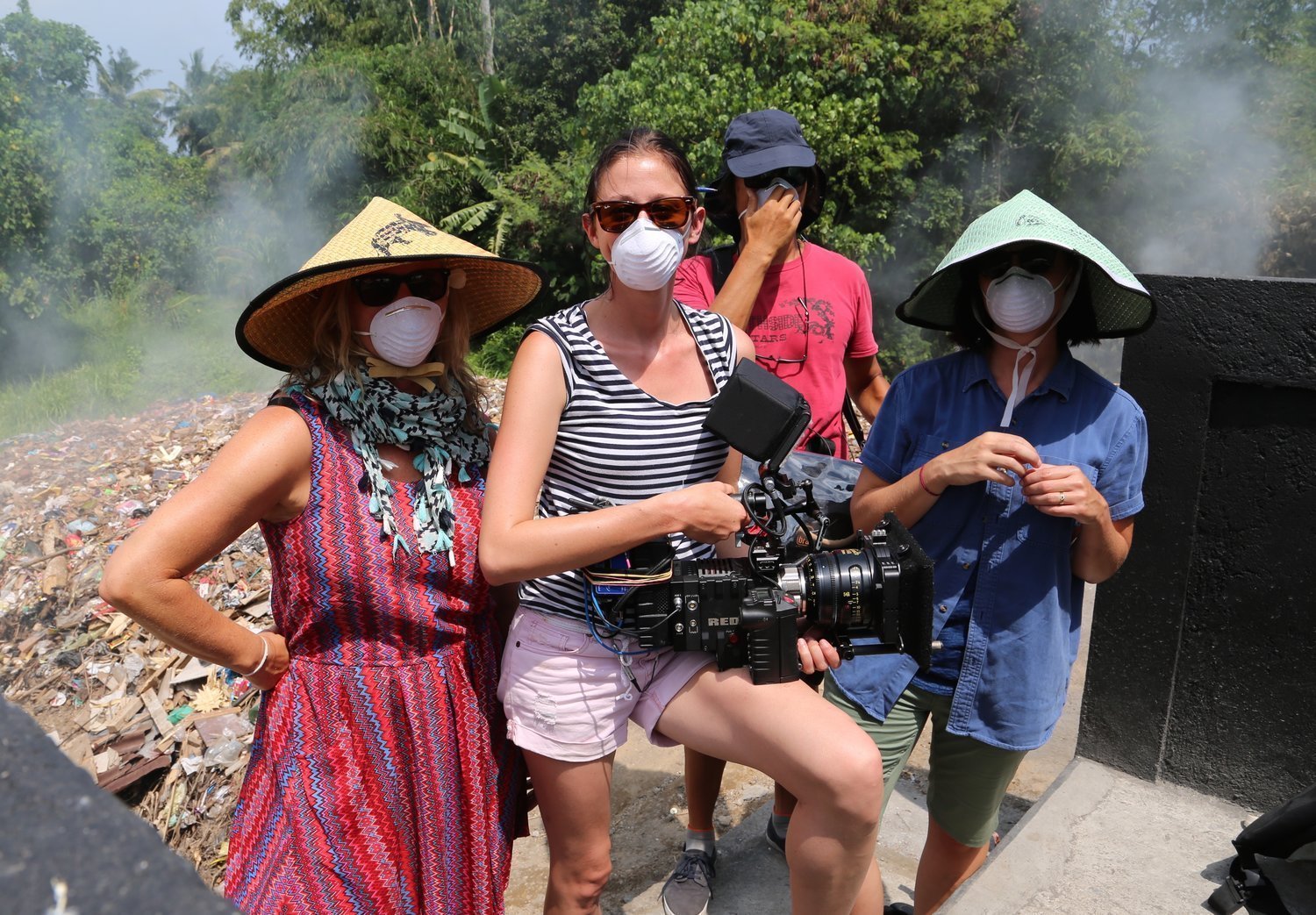 Can you tell us about BLUE and why it was created?

It was an honor to have BLUE called “one of the most significant environmental films of our time”. It comes at a critical moment in our history when the state of our ocean has reached crisis point.

Filmed around the world’s oceans, it is beautifully crafted and deeply moving with a message that’s very clear: we need to act NOW to protect our most precious resource. The film is also a call to arms – focusing on people power.

Along with the film is a global campaign to create advocacy and behaviour change. The #oceanguardian campaign launched in 2017 has grown into a global movement with individuals signing up and pledging to do what they can towards protecting the ocean. After having its premiere at the General Assembly of the United Nations and having its theatrical release in cinemas, the film is now being screened amongst community groups and schools with our education outreach.

After producing BLUE, what is your outlook on the future of our oceans?

The ocean’s story is at the heart of planet. It is our climate – it is our life support system. Ultimately, the ocean will determine our fate. And yet we’ve lost half of all vertebrate marine life in the last 40 years. The oceans are warming. Fragile and complex habitats are being destroyed and it’s hard not to be saddened by the loss that is happening. But after you’ve stared down these difficult truths it’s so important not to be discouraged or overwhelmed with despair. We know there are things we can do to help the recovery of our marine life and ocean. We need to take our wretchedness and turn it into rage – turn it into action.

What scene in BLUE impacts you the most?

I had always taken plastic for granted, but I never will again. When I witnessed the impact plastic is having directly on marine life that was a huge turning point for me. Plastic is a precious resource, effectively made out of finite petrochemicals and yet we have so throw away mentality around it. Every piece of plastic ever created is still on our planet today, cumulating as landfill or entering the oceans where it is being taken up in the food chain. Plastic particles and tiny micro-fibres are being ingested by krill and tiny fish then being fed on my larger fish, meaning we’re also consuming plastic ourselves. It’s so important we start to use less plastic and find alternatives where we can.

You have produced documentaries on sharks, whales, and the ocean before. You’ve said that in the past, you were not able to talk about how marine life was are under threat. You were told, “Give the audience a place to escape,” and “No one will switch on if you’re telling them paradise is under threat.” What inspired you to make BLUE into a film that directly confronts this? Were you nervous to take this direction?

When it comes to what’s happening with the environment we absolutely need to be honest and give people the full picture. Broadcasters are sometimes scared the audience will tune out if they don’t portray positive stories. But if we pretend our oceans are still pristine and keep our heads in the sand, we’re more likely to lose species and see habitats reach a point where they cannot recover. But it is so important not to leave people in a place of despair. We need to empower people and show them how we can all take action and how our choices as individuals can make a difference. This was a really important in the storytelling in BLUE-  to have an honest conversation with the audiences and also give people the tools so they can get involved and mobilize. We need a better grasp of how to live on our finite planet, but also an understanding of how the future is something we can all affect. 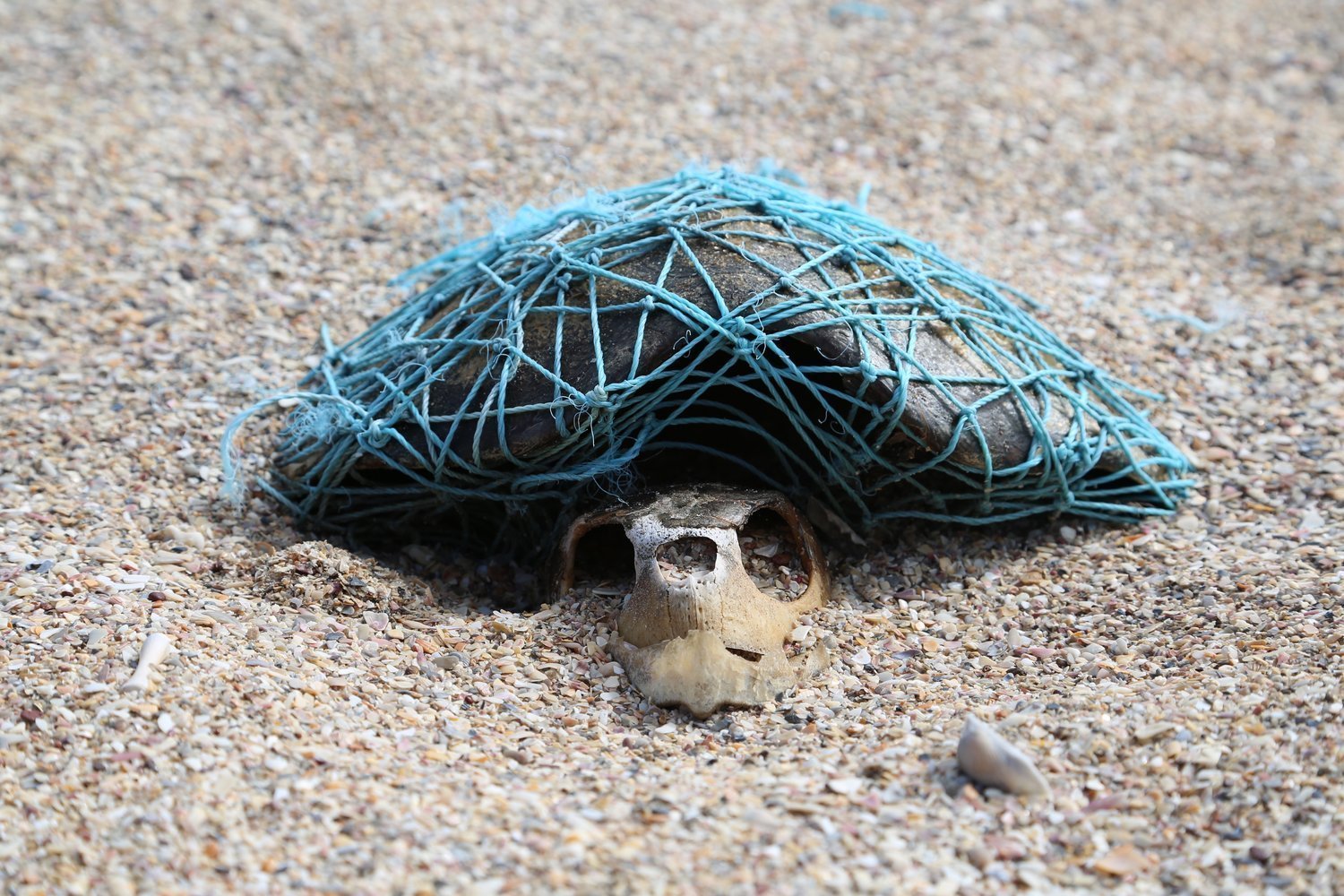 What’s been your favorite part of directing and producing BLUE?

I’ve met so many inspiring people as I was making the film and also as I’ve screened to audiences. People who are standing up and taking action to fight for our ocean and the life it supports. It’s given me a lot of optimism to see this kind of leadership in action.

How close do you think documentary making can get to reflecting reality?

Documentary is a mirror we can hold up to the world. It reflects reality, but there is still an angle or a framework being put on what we’re looking at within a film. A director has that power to decide how to focus people’s minds. Sometimes that can be very heavy handed and didactic. Other times, films have space for people to draw their own conclusions and find their own feelings about what they’re seeing. I was very conscious in BLUE to make sure the imagery was very direct and honest, but there was room for the audience to find their own reaction to what they were experiencing. 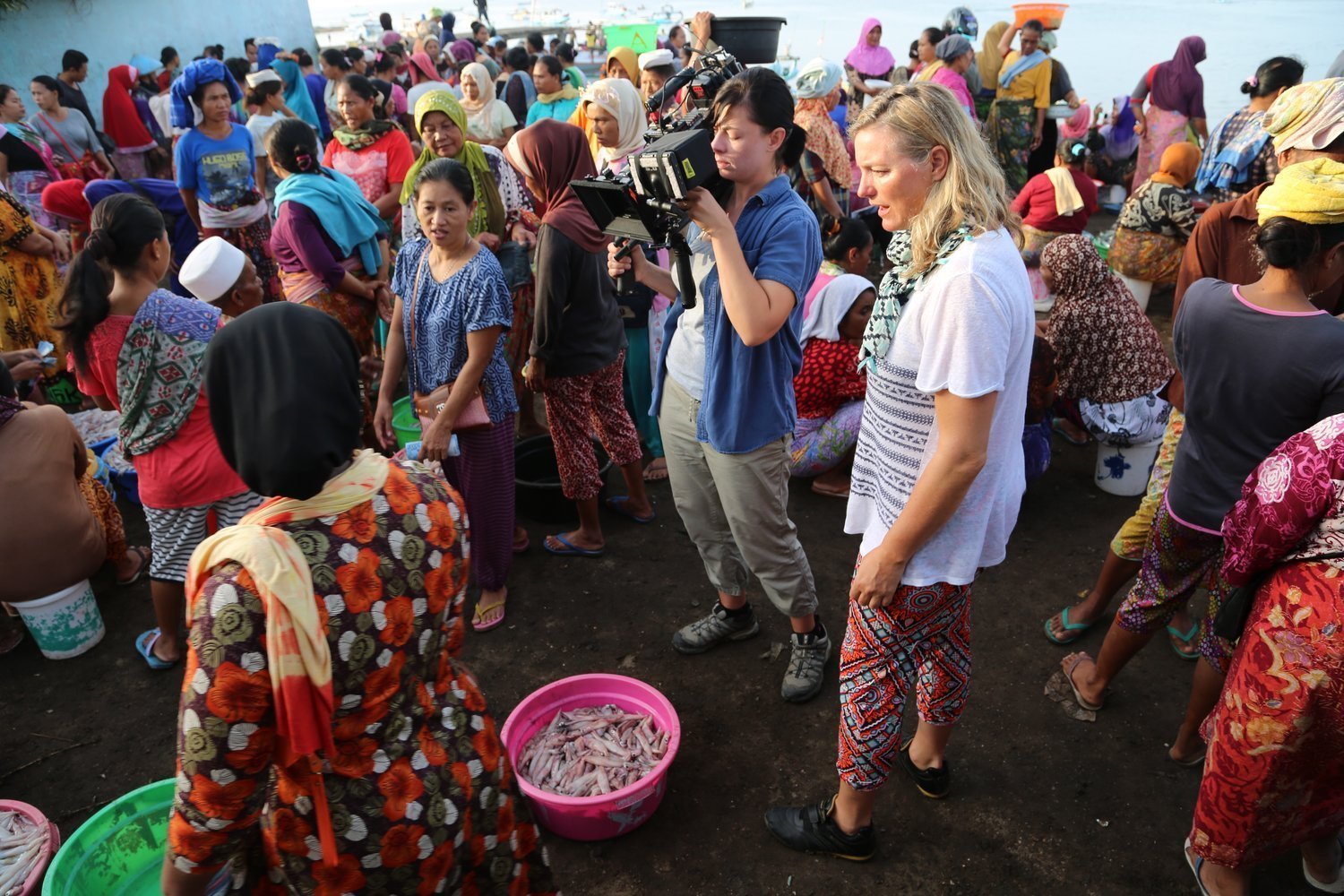 In your opinion, what is the most urgent change we – as humans — need to make to help our oceans recover?

We need to embrace the mindset where we see ourselves as part of Nature, not separate from it. Spending time in wild places is so nourishing for the soul but it also builds a connection back to the natural world. And when we love something, we’ll feel more impassioned to respect it and if necessary, fight for it.

The other big thing we can shift right now is becoming more conscious consumers. This will have a significant impact on our carbon footprint and the waste we produce. There is no denying, we can consume much, much less. There is way too much waste in the world today fed by a culture of convenience. Sometimes we don’t even ask whether we really need all the stuff we’re buying. It’s cheap enough just to buy it, so we don’t think about where it’s come from and what it’s taken to produce, or where it will end up when we no longer use it. Spending with more awareness leads to buying from companies who have made sustainability a core philosophy of their business. This supports ethical work practices, reduced packaging and better environmental outcomes.

Finally, share what you learn with your friends and family and get involved in being an active guardian of the nature. We should use our knowledge and influence to making caring cool.

Truly, there’s so much we can do. We’ve got lots of great ‘Living Blue’ ideas on our website and we share with people who sign up to our newsletter as Ocean Guardians, where we share tips and ideas on a monthly basis. We’d love your readers to join us!

Where can we see BLUE and follow along with what your team is doing?

You can find out about screenings and register your interest on the BLUE website. BLUE also features new screenings, conservation tips, and behind-the-scene shots on their Instagram and Facebook pages. 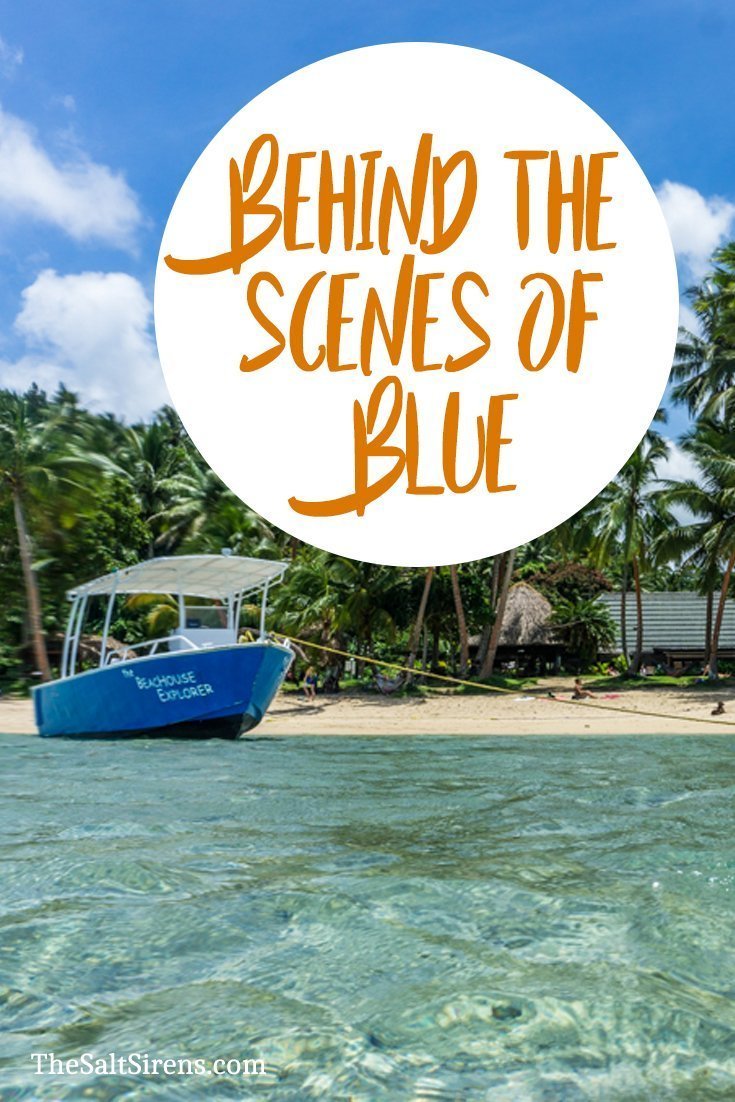 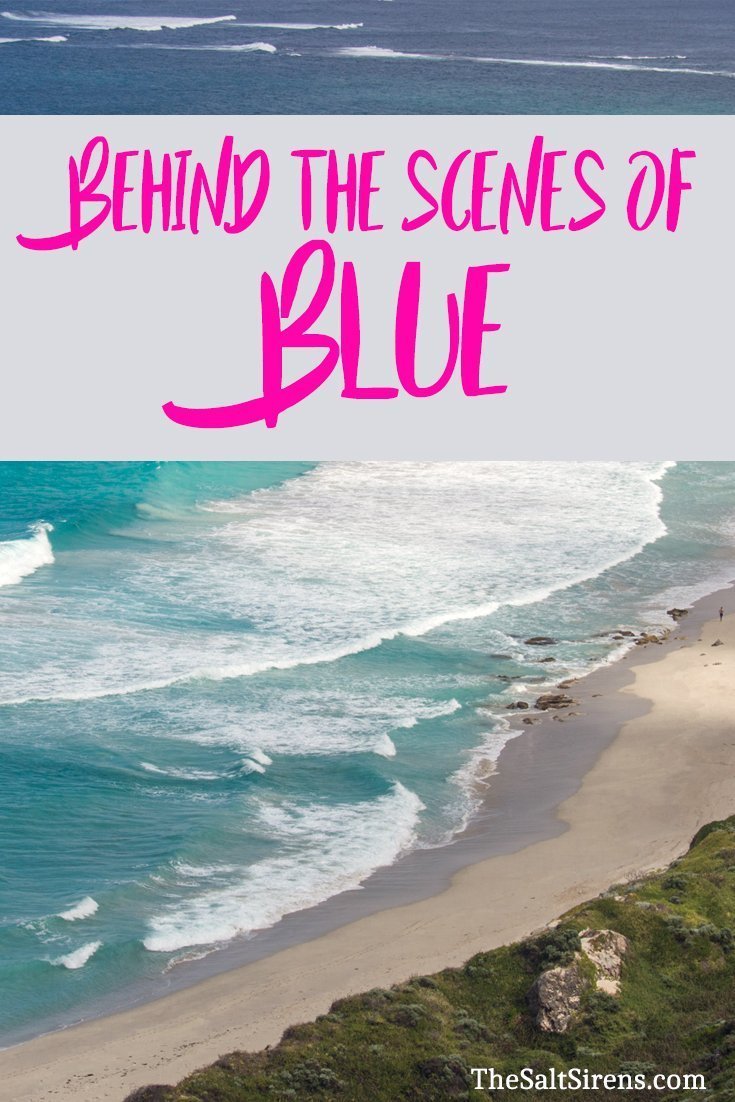